The alleged child molester and Christian supremacist famously lost his race for a U.S. Senate seat from Alabama last year, and he recently announced he’s running again, even though no one really wanted him to. (Except, maybe, every Democrat.)

According to his latest filings with the Federal Election Commission, he’s raised less than $17,000 for his campaign so far. By contrast, Secretary of State John Merrill, who’s also running in the GOP primary, raised $217,000. Both men announced their campaigns within days of each other, so it’s not like Merrill had some huge head start.

What does this mean? Maybe Alabama voters are finally tiring of the worst possible candidate on the ballot, even though Moore’s Christianity-or-bust mentality has always helped him succeed in the past. Once you lose a statewide election as a Republican, voters aren’t eager to give you a second chance.

But at least we have the jokes.

17,000 is also the number of times Moore's been told to leave the mall.

Having Moore as his opponent is likely the only way he has a shot at keeping his seat. But because there’s a crowded GOP primary, Alabama’s rules may give Moore an opening, and he’s the sort of candidate who doesn’t need a lot of money to buy ads since he’s already well known throughout the state. Plenty of conservatives dismiss the molestation allegations as “fake news” and would eagerly vote for him no matter what.

Hell, I wouldn’t be surprised if a lot of that campaign cash came from Democrats. 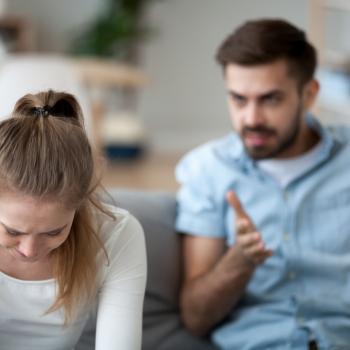 July 16, 2019 Christian Mom: Godly Wives Must Lose Weight if Their Husbands Call Them Fat
Browse Our Archives
What Are Your Thoughts?leave a comment