Back in 2015, the worlds of pop culture, religion, and law all collided when we found out that Josh Duggar, one of TLC’s “19 Kids and Counting” and the Executive Director of Family Research Council’s FRC Action, had been accused of the “forcible fondling” of four of his sisters and another girl (all underage) several years prior. 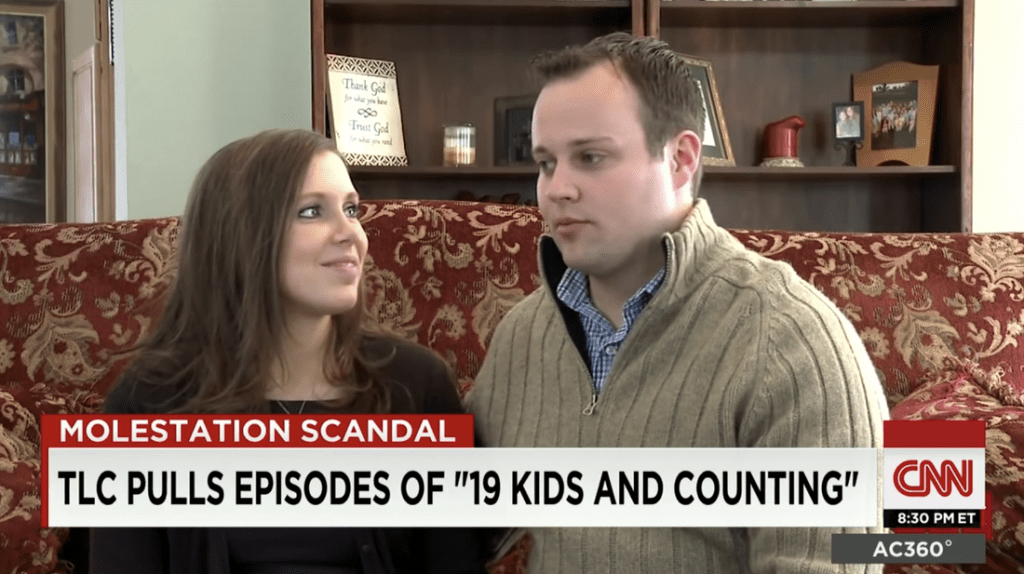 The subsequent reporting confirmed the allegations and it ultimately led to the downfall of the family’s moneymaker, though some of the sisters have since appeared in their own shows, albeit with far less attention.

The reason we knew all this was because of a police report acquired by In Touch magazine. The magazine said the report had been “hidden” since 2006 but that they got ahold of it via a Freedom of information Act request.

This past December, Josh Duggar lost a court battle in which he said local officials violated his privacy by releasing that information to a media outlet. The judge didn’t buy it. Duggar was a public figure, for one, plus he had waited to long to file his complaint.

Separately from that, though, his four sisters also filed a lawsuit making the same allegation. They argued that the release of the police report, even though it was redacted and didn’t directly mention their names, made it easy for people to figure out they were the victims of this molestation case. Even if their brother didn’t have a right to privacy over these crimes, they did.

On Friday, The Eighth Circuit Court of Appeals affirmed what a U.S. District Judge had said earlier: Jill Dillard, Jessa Seewald, Jinger Vuolo, and Joy Duggar have a point.

The ruling finds that officials in Springdale, Arkansas and Washington County cannot have this lawsuit tossed out by claiming they have “qualified immunity” (i.e. they were just following the rules and responding to a FOIA request).

… Namely, we must decide whether the law provided fair notice to the appellants that releasing details of minors’ sexual abuse to a tabloid in a format predictably enabling the victims’ identification was not only unadvisable, but also unlawful.

… releasing insufficiently redacted reports detailing minors’ sexual abuse to a tabloid, notwithstanding promises that these reports would remain private, is “a flagrant breach of a pledge of confidentiality.”

We hold that the right of minor victims of sexual abuse not to have their identities and the details of their abuse revealed to the public was clearly established.

The ruling points out, many times, that the police promised confidentiality when the family filed the report. By releasing the report anyway, they added to the distress of the victims.

This doesn’t mean the Duggars have won the case — only that it can proceed in court. The city and county officials lost the battle to have the suit dismissed, but they haven’t yet lost the battle over whether they did something wrong.

The bigger issue, of course, is the fact that a Christian quiverfull family, that has publicly denounced LGBTQ people while preaching abstinence before marriage, was privately dealing with sexual abuse by one of the siblings. Privacy issues for the victims aside — and that is a very legitimate complaint — the conversations we’ve been able to have about the harm that takes place inside these kinds of conservative Christian families have been invaluable. Ditto with the pathetic attempts at “rehab” that these families undertake — as if prayer and Christian counseling will help Josh Duggar overcome his perverted desires.

It’s possible we could’ve learned all of that without knowing the specific names of the victims. But when the girls were publicly presented as beneficiaries of this kind of large Christian family, it’s fair to argue they have a responsibility to discuss the downsides, too. They’ve done that since these reports came out. No doubt they’ve helped other girls in similar situations. They’ve made lemonade out of lemons, yet they’re also arguing that they would’ve been better off if no one knew about what happened to them. That seems hard to believe.

July 15, 2019
Conservatives Are Mad at the Wrong MN City for Dropping the Pledge at Meetings
Next Post 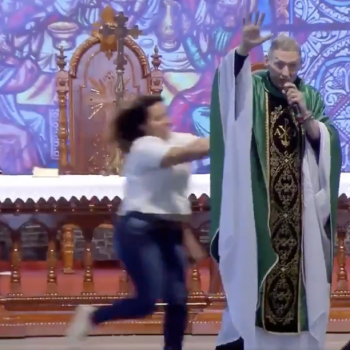 July 15, 2019 A Woman Assaulted a Brazilian Priest While He Spoke to an Audience of Thousands
Browse Our Archives
What Are Your Thoughts?leave a comment