The 2021 Irish Census Is Still Screwing Up the Way It Asks About Religion July 14, 2019 Hemant Mehta

The Irish Census, which is taken every five years, will send out questions again in 2021. There’s been a looming battle over how to ask the question about religion because atheists have argued previous surveys left them woefully undercounted.

Just look at what happened in 2016: The number of people with no religious affiliation had jumped 73.6% — to 468,421 people — since the last Census in 2011. It was the largest percentage increase of any “religious” group.

But that number may still have been an underestimate because of how that question was worded: 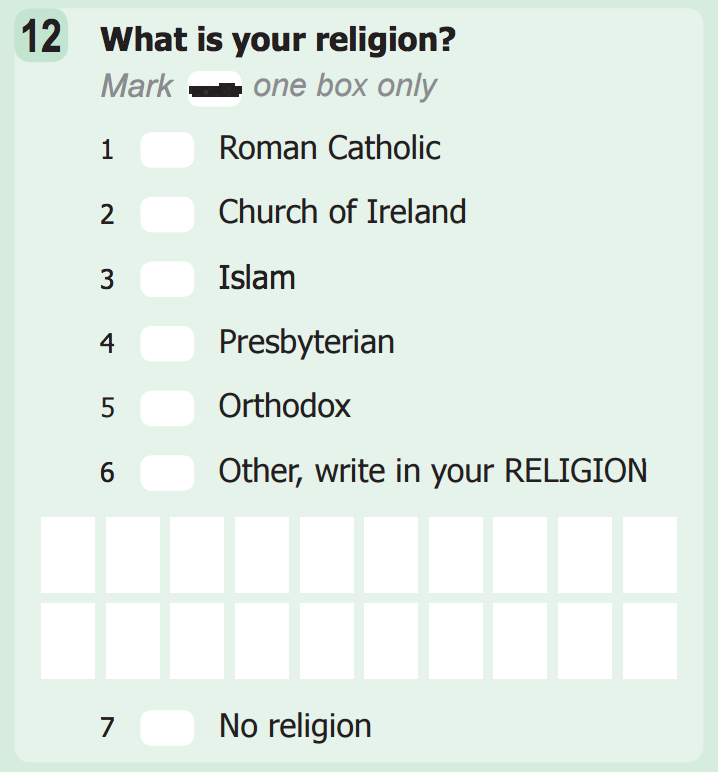 That’s an awful way to ask the question because it assumes you have a faith. It’s skewed toward Roman Catholicism. It includes both entire religions and particular sects, based on popularity, which means the rich only get richer. If you’re an atheist, it’s not obvious whether you should write it in under #6 or check box #7.

That’s why, in 2017, Atheist Ireland proposed a new version of the question for the 2021 Census: 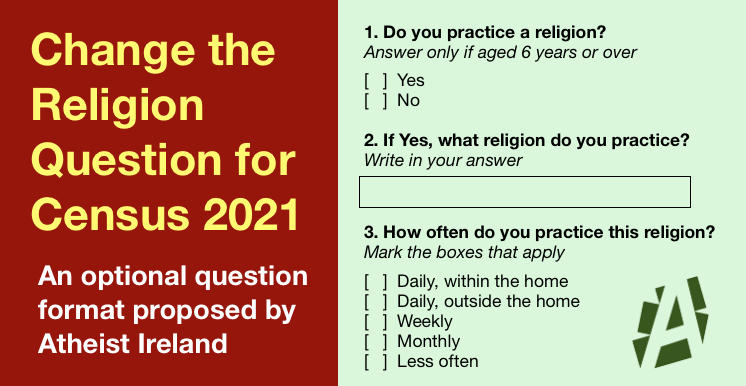 It was a simple yet brilliant way to get the necessary information. There was a minimum age to answer the question, no predetermined options, and it allowed for the possibility that some people who call themselves a particular religion don’t actually practice it on a regular basis.

According to Michael Nugent of Atheist Ireland, the question on the 2021 Census is “slightly better than the old one, but it will still underestimate the number of nonreligious people in the country.”

The new version will ask, “What is your religion, if any?” (Emphasis mine.)

It will also have “No Religion” as the first option on the list.

So it’s better… but still not good enough.

[It] is still a leading question, as it assumes that religion is the default, and that not having one is an aberration.

Atheist Ireland had argued that the question should be moved to elsewhere in the census, well away from questions on ethnicity, culture, or language. The England and Wales census has already made this change, by moving the question on Religion away from the question on ethnic and cultural background.

Those writing the Census didn’t accept the group’s recommendation in part because they wanted to be able to compare data from survey to survey and a wholesale revision of the question would harm that effort. There’s some logic to that… until you realize that comparing bad information from survey to survey doesn’t help anybody. You’re better off asking the right question now than continuing to ask the wrong one.

Regardless, the revised question will undoubtedly show an even greater increase of people without religious affiliation. And even that number will be grossly undercounted because of the flaws inherent in the way the question is worded.

(Featured image via Shutterstock. Portions of this article were published earlier 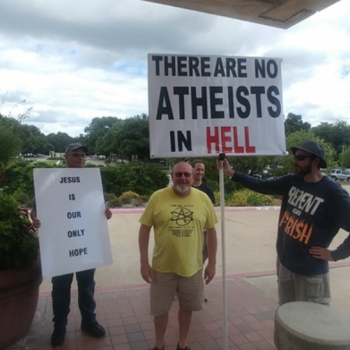