On Tuesday, while observing a session in the Virginia State House, a cop forced a young African American boy to stand during the Pledge of Allegiance. He had chosen to remain seated in a peaceful protest — because he understands that we don’t really have “liberty and justice for all” in this country and he’d be lying to say otherwise — but the Capitol cop allegedly pulled him up by the shirt, saying, “In here, we stand.”

She was wrong. There’s no rule anywhere — not in school and not in a government meeting — that says you have to stand for the Pledge. The boy knew this, but she didn’t.

In fact, one witness to the incident snapped a picture just moments after the incident. The 16-year-old boy, Jae, can be seen texting his mother about what just happened while the cop looks at him from a distance. 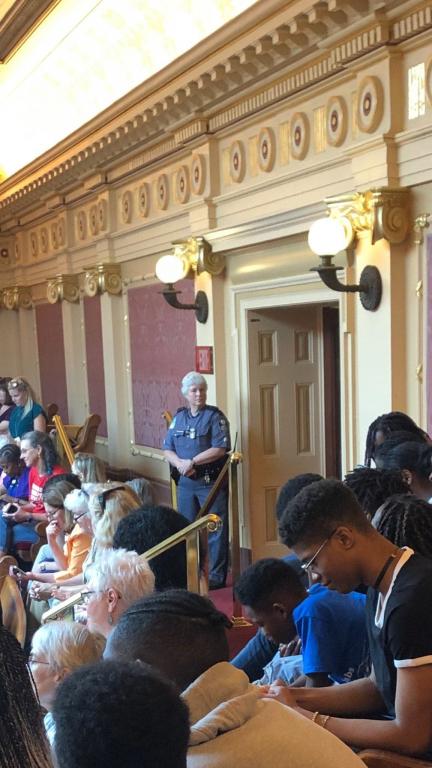 After this occurred, the boy’s mother, Monica Hutchinson said she was hoping the situation could be defused — and that the cop could learn from her ignorance — through a sit-down meeting. She had been in touch with State Sen. Jennifer McClellan and said there was a chance all sides could gather to talk this out.

To my surprise, that’s exactly what happened.

Monica gave an update to the whole situation yesterday on Facebook, saying that McClellan had indeed set up a meeting that also included Jae, Jae’s father, the cop (who shall remain unnamed), Col. Anthony S. Pike (the chief of the Capitol Police), and the Senate Clerk. It turned out to be an incredibly productive meeting:

The officer acknowledged her actions and her mistake. She and Col. Pike apologized to Jae several times. We do feel the apology was sincere. She admitted she has never had anyone challenge or resist her directions before so she didn’t know how to handle the situation.. let me be clear, ignorance is not an excuse but I do appreciate her being honest and admitting her faults. I am hopeful she will learn and grow from this experience. They listened to Jae and myself explain our WHY we have made the choice to peacefully protest the Pledge and Anthem. This is why sharing our stories and truths are so important. Before yesterday, she admitted she had ever thought about things from our perspective we shared. It’s amazing what people can see when they just look at the world through the lens of equity. We also got a commitment from Colonel Pike that the Capitol Police will sit down with our amazing kids and leaders from the Club to listen and hear their stories. To hear and better understand the WHY we know the line “…liberty and justice for all” is just not true. To take these stories and use them in the trainings for the officers to help them understand and be better. There will be some changes implemented in the Senate because my child had the strength to stand alone for what he knew to be the right thing. Jae said he wanted all of us to learn and grow from this experience. I stand in awe of this child sometimes. He is greater than even he knows. He really is one of a kind.

We remain hopeful yet realistic about change. We know change does NOT happen overnight, but it will never happen if we don’t fight for it. My family is ready, willing, and able to roll up our sleeves and put in the work necessary to help create true systemic changes here in Virginia. I hope you all will stand beside us as we continue pushing forward and fighting for an America that will one day live up to those words, “indivisible with liberty and justice for all”.

Maybe the most important aspect of that meeting is that the Capitol Police now recognize that protesting the Pledge is acceptable and they will work it into future trainings so this sort of thing never happens again. If the police there can learn more by chatting with the students about their concerns, even better. (If only the Republicans in the legislature would do the same…)

Still, that’s a wonderful outcome to an awful situation. Kudos to Monica, Jae, and Sen. McClellan for making sure something positive resulted from all this. 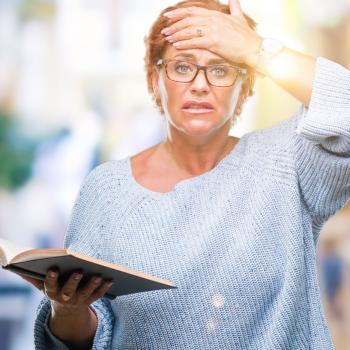 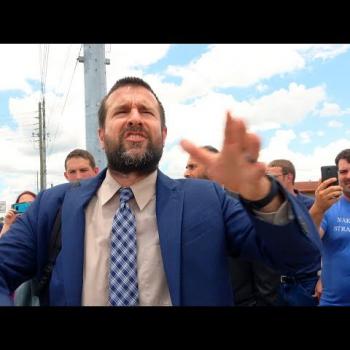