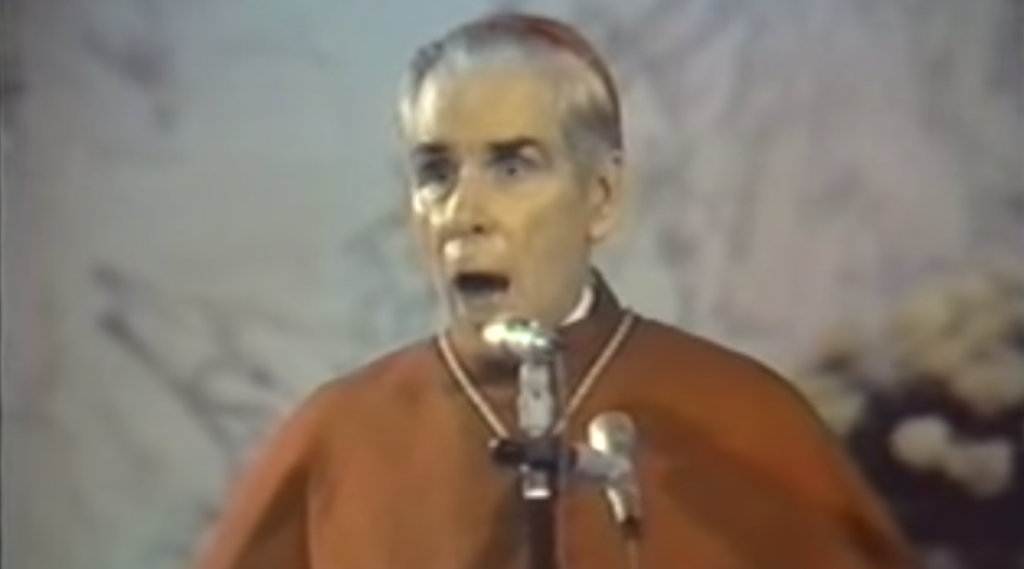 On July 5, Pope Francis declared him fit for beatification. It’s a key step in the process of becoming a saint that can only be taken once the Vatican hierarchy is convinced that a miracle has been performed in the candidate’s name.

The alleged miracle in this case revolves around Bonnie Engstrom, a devoutly Catholic mother of eight, and her son, James Fulton Engstrom. Nearly a decade ago, James was born with the umbilical cord wrapped around his neck. He remained unbreathing, without a pulse, for sixty-one minutes before doctors, on the verge of declaring the child dead, found that his heart was beating. The child’s parents claim that, nine years later, young James shows no signs of lasting damage from the experience — and they believe it’s a result of their prayers asking Archbishop Sheen (who was already dead) to intervene on James’ behalf.

Now the Vatican has made it official: the Pope agrees with them.

The pontiff gets his information from a team of Vatican officials known as the Congregation for the Causes of Saints (CCS). Having reviewed the information about Fulton Sheen collected by the Diocese of Peoria, Illinois, they concluded that the case for Sheen’s status as a holy man was strong. A panel of physicians appointed by CCS concluded that no natural or medical explanation for James’ continuing good health is possible.

Bonnie Engstrom has turned the events into a platform for her own career as a blogger and public speaker. She also has written a book on her experiences, due to come out in September — Sixty-One Minutes to a Miracle: The True Story of a Family’s Devotion.

Perhaps it’s fitting that Engstrom has been able to build her own brand based on Fulton Sheen’s miraculous intercession. The late archbishop had his own media empire spanning decades, beginning in 1926 with a series of Sunday evening radio sermons. He authored upwards of sixty books and raised millions of dollars for various Catholic missions through his Emmy-award-winning television show Life Is Worth Living, which ran through the 1950s. Even now, forty years after his death, his brand continues to generate money with MP3 recordings of his preaching available on his posthumous website — fultonsheen.com — for the low, low price of $29.

Following the Vatican’s announcement, Engstrom issued the following triumphant proclamation on her blog:

From the first day of James’ life people prayed for a miracle through the intercession of Archbishop Sheen. Together, with Fulton Sheen, all of us begged Jesus to heal my son. Together we implored Sheen to never stop praying for us, for him. Together we have seen James defy every law of the natural world, science, and medicine to become a normal boy. And together we have seen many others call on Sheen, inspired by James’ story… It was God the Great Physician who restarted James’ heart and healed his brain and other organs.

The actual medical doctors who treated the child have not been reached for comment — though, to be fair, God the Great Physician has also been unavailable to confirm or deny his role in the alleged events. 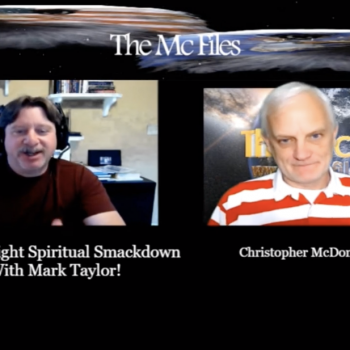 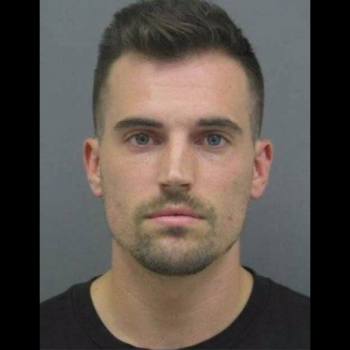 July 10, 2019 Megachurch Youth Pastor Gets Just 3 Years for Sexually Abusing Teen Girl
Browse Our Archives
What Are Your Thoughts?leave a comment