In a sad update to an older story, California will not be passing a bill that would have required clergy members to report child abuse, even if it meant violating their “seal of confession.”

State Sen. Jerry Hill filed a bill earlier this year to remove clergy members from a list of those exempt from reporting such cases.

As the law stood, if someone walked into a confessional booth and admitted to molesting a child, the priest didn’t have to do anything with that information. Just say a couple of Hail Marys and be done with it. Compare that to public school teachers, who are required by law to tell a social worker if they learn about (or suspect) a child being abused.

The Church, of course, didn’t want to play by those rules. Vatican officials claimed the “seal of confession” was sacrosanct. Anything said in a confessional booth, therefore, had to be kept secret no matter what.

That led to absurd consequences. In Australia, for example, a priest confessed to committing 1,500 instances of molestation (not a typo) to 30 separate priests over 25 years. Because of the sacred seal, though, no one ever reported his crimes, allowing the abuse to continue.

Without changes that forced priests to report information about sexual abuse against children, how could the Church say it was really committed to fixing this problem?

That’s what Hill wanted to change in California with Senate Bill 360. The Church opposed it. They didn’t want to help children if it meant violating their archaic traditions.

In May, this bill overcame the first major hurdle when it passed through the Senate Appropriations committee 4-2… but only after an amendment to the bill was included that said anything told to a priest in a confessional could still remain confidential, unless the person confessing to abuse was a clergy member or someone else working in the same building.

So the bill was watered down to exclude random strangers who confessed to abusing children for the sake of getting their sins absolved. It was a loophole but it still meant Church employees wouldn’t get to slip through the cracks. (The Catholic Church still opposed the bill after that change.)

And now the bill has been withdrawn by State Sen. Hill one day before a public hearing was scheduled to occur, and just after a new report raised First Amendment concerns regarding the legislation. Hill feared he didn’t have the votes for his bill to get through the committee at this time.

In addition to religious liberty objections, many — including the Public Safety Committee report — noted that the bill would be almost impossible to enforce. Hill’s decision to drop the measure also followed widespread public opposition to the proposed law. Over 100,000 Catholics sent letters voicing their opposition to SB 360. After the senate vote in May, Bishop Michael Barber of Oakland issued a statement saying that neither he nor any of his priests would abide by the law if it came into effect.

“I will go to jail before I will obey this attack on our religious freedom,” wrote Barber in May. “Even if this bill passes, no priest may obey it.

The California Catholic Conference put out a statement Monday welcoming the withdrawal of the bill as a victory for religious freedom.

Congratulations, Catholics. Once again, you’ve blocked a bill that would’ve protected children for the sake of protecting priests. These people will stand in front of a bus to protect a longstanding tradition, but ask them to stop children from getting raped in Church and they’ll start hemming and hawing. Their allegiance is to religion, not the religious. If a few more kids have to suffer, it’s a small price to pay.

I still say it’s a horrible look for Catholic leaders to say they have a religious right to cover up their knowledge of child abuse. 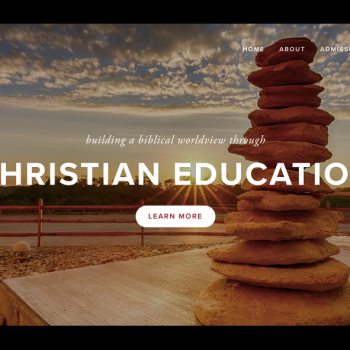 July 9, 2019
Answers in Genesis Is Now Fully Running Its Own Creationism-Preaching School
Next Post