By now, you’ve surely seen videos of atheists walking through the Creation Museum and Ark Encounter and explaining in great detail why the exhibits are absolute lies.

It doesn’t really work the other way around. It never does. Just ask Megan Fox, the Creationist who “audited” Chicago’s Field Museum in 2014 only to show the world how little she understands evolution and natural selection.

Now Creationists Eric Hovind and Bryan Melugin are giving it a try.

They recently went to the Arizona Museum of Natural History to debunk what’s inside… and the entire substantive part of the video is just them staring at placards that say various rock formations are hundreds of millions of years old and saying “Not true.”

So there you go. Checkmate, atheists.

At one point, Melugin points to a sign saying Mount Rushmore is 1.6 billion years old and acts like that’s a glaring mistake. He never mentions how that refers to the age of the mountains, not the presidential carvings themselves.

And somehow, despite thinking the Earth is just a few thousand years old, they’re both fine with galaxies being billions of “light-years” away. That may be because Creationists genuinely think that term has nothing to do with light actually taking that long to travel.

I can only hope this is part of a series. Maybe next time they’ll go to a baseball game and just yell “WRONG” after every pitch. It would make just as much sense. 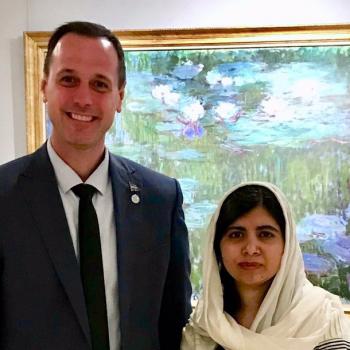