Christian Bigot Kicked Out of School Gets Legal Victory, But It’s Not Over Yet July 5, 2019 Hemant Mehta

Christian Bigot Kicked Out of School Gets Legal Victory, But It’s Not Over Yet

In 2016, Felix Ngole was kicked out of his social work program at the University of Sheffield in England because he expressed sympathy for the bigoted views espoused by Kentucky county clerk Kim Davis. He had written about her controversy on Facebook, adding that “the Bible and God identify homosexuality as a sin,” and that “same-sex marriage is a sin whether we like it or not. It is God’s words and man’s sentiments would not change His words.” 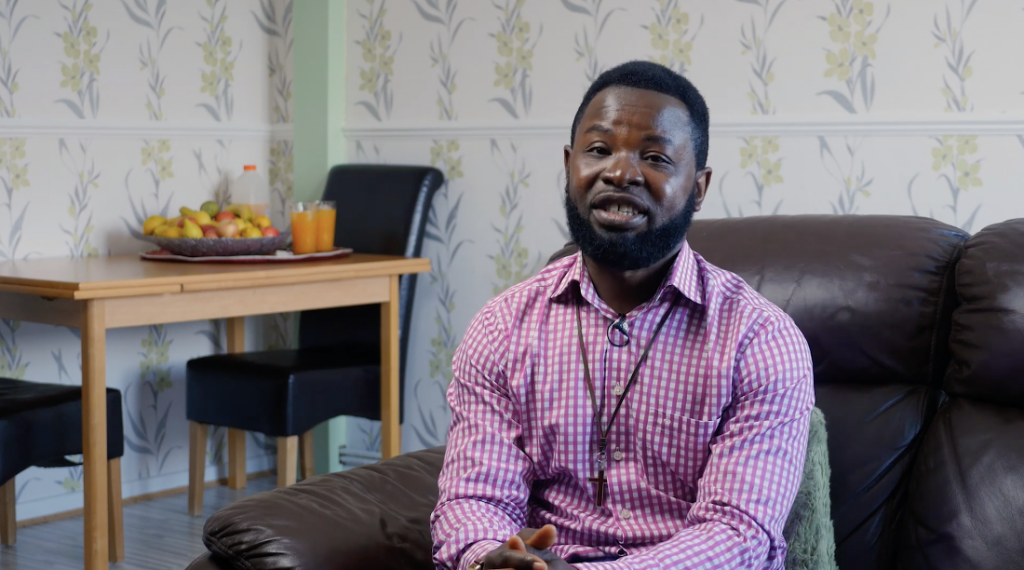 To be clear: He didn’t say he would treat potential gay clients the same way. There was no evidence he had acted on those conservative Christian views. But he expressed them. And for that, he was kicked out of his program. Specifically, the school said he lacked “standards of professional conduct” and that his views would “damage public confidence in the profession.”

Ngole later sued the school, but in 2017, the deputy high court judge, Rowena Collins Rice, said the decision to kick him out was fair.

[The school’s lawyers] said Ngole had been studying for a professional qualification and university bosses had to consider his “fitness to practise”.

Ngole said he planned to appeal further, adding: “I am very disappointed by this ruling, which supports the university’s decision to bar me from my chosen career because of my Biblical views on sexual ethics.

“I intend to appeal this decision, which clearly intends to restrict me from expressing my Christian faith in public.”

You can see how this was playing out: The school felt they needed to weed out social workers who didn’t meet ethical standards. Ngole said the bigotry was justified because something something Jesus. (Checkmate, atheists.)

He did appeal the decision — and on Wednesday, to the surprise of many people, he won. The earlier decision was overturned by a three-judge panel that said the university needed to reconsider his case.

At his appeal hearing, judges ruled in his favour, stating that “the disciplinary proceedings were flawed and unfair” and said Mr Ngole’s case should be heard by another [Fitness to Practice] hearing.

It’s important to understand what the appellate court’s judges said because many of the articles summarizing this story don’t do that.

The judges said the school’s position was flawed from the very beginning because they said any disapproval of marriage equality was a deal-breaker. In other words, they were policing opinions, and that, the judges said, violated professional standards. (It’s one thing to make racist or sexually explicit comments, but an opinion on same-sex marriage wasn’t breaking the rules.)

But it’s not like Ngole got away with everything. The judges didn’t buy his “freedom of expression” argument, where he could say anything without repercussion.They also said — and this is important — that religion didn’t offer immunity for those beliefs. So if you say something racist, and then cite a holy book, you don’t get a free pass.

So the judges ruled that both sides came at this issue the wrong way. The school was too extreme. Ngole was too misinformed.

They also said the school needed to make it more clear to Ngole why his actions were problematic:

At no stage, did the University make it clear to the Appellant that it was the manner and language in which he had expressed his views that was the real problem, and in particular that his use of Biblical terms such as ‘wicked’ and ‘abomination’ was liable to be understood by many users of social services as extreme and offensive. Further, at no stage did the University discuss or give the Appellant any guidance as to how he might more appropriately express his religious views in a public forum, or make it clear that his theological views about homosexuality were no bar to his practising as a social worker, provided those views did not affect his work or mean he would or could discriminate.

That last bit is key. The judges said the university failed to make it clear that students were entitled to their religious beliefs, as long as they didn’t affect patient care, and that there were professional limitations to how he could express his beliefs through social media.

By not exploring that middle ground, the judges said the school failed to do its job.

So the judges are now asking the school to give Ngole another shot — to have a hearing where all the facts are laid out in front of both sides. If the school still feels Ngole will not treat gay people — or gay couples — with the care they deserve, they will still have every right to kick him out of the program.

That, to me, is a perfectly sensible approach to this issue.

I don’t care what Ngole believes. I care about what he does.

I felt the same way about the Trinity Western University controversy in Canada where an anti-gay Christian law school couldn’t receive accreditation simply on the basis of its beliefs. My thinking there was that as long as the students met their professional obligations (like defending same sex rights if they worked for the government), they were entitled to hold whatever views they wanted, abhorrent as they may be.

Some Christian legal groups are celebrating Ngole’s victory, but it’s premature. Either the school will be able to kick him out legally — or Ngole will have to agree that he will work with same-sex couples without letting his beliefs dictate the care they receive. Neither option gives him the right to be a Christian bigot and get his social work license.

In the meantime, Ngole has made it clear how he feels about LGBTQ people in general. I wouldn’t want to work with him or hire him. He may have a right to a professional license, but he doesn’t have a right to get a job anywhere he wants, and this whole ordeal should be a giant red flag to any organization that hires social workers and may come across his application one day. 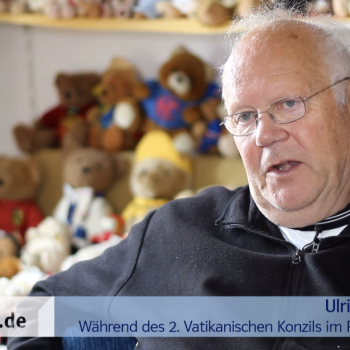 July 5, 2019
Catholics Walk Out of Sermon After Priest Urges Forgiveness for Sexual Predators
Next Post 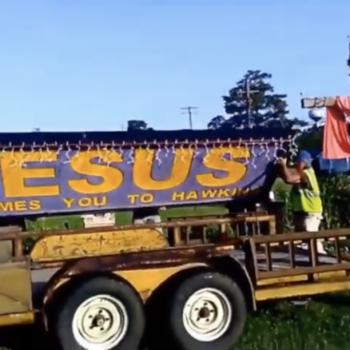