David Barton: The Second Amendment Says Citizens Can Own Tanks

His latest argument is that the Second Amendment gives all citizens the right to own whatever weapons the government has. Any of them. All of them. Even tanks.

He made the argument to anti-LGBTQ bigot (and YouTube darling) Steven Crowder, who just bought whatever Barton was selling.

“The deal was you have a right to defend yourself,” Barton said. “So, the biggest weapon in that day would have been a cannon — hand’s down, a cannon. You’re allowed, as a citizen, to own cannons.”

“They were OK with cannons and that would be our equivalent of high-capacity magazines or machine guns,” Barton insisted, “or it could be equivalent to a tank.”

Sure, why not? Everyone who can afford it can buy a tank. That’s what the Founders wanted. Which is why they said it in the most vague possible way.

And at what point do evangelical Christians admit Barton is just making this up as he goes along, treating the Constitution the same way they treat the Bible? 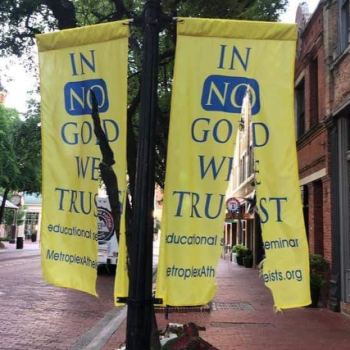 July 4, 2019
The “In No God We Trust” Banners in Fort Worth (TX) Have Already Been Vandalized
Next Post 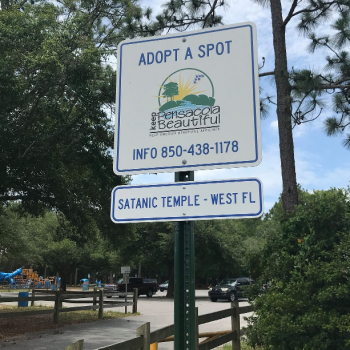 July 5, 2019 Satanists Have "Adopted" a Park in Pensacola, FL and Promise To Keep It Clean
Browse Our Archives
What Are Your Thoughts?leave a comment