Quick refresher: The Court said the Giant Christian Cross on public land in Maryland could stay put in large part because it had been there for a long time. It had become secular over time, Justice Samuel Alito wrote (to the confusion of church/state lawyers everywhere). But the ruling was fairly limited in the sense that it really only applied to religious relics with an ostensibly secular purpose that had been around for a while.

It’s not like a stand-alone Nativity scene on public property was legal. It’s not like a public school could suddenly put up a Ten Commandments monument outside the building.

But according to Wallnau, who appeared on The Jim Bakker Show yesterday, Christians should be grateful for the decision since, otherwise, crosses would’ve been stripped off of tombstones.

Lance Wallnau claims that if SCOTUS had ruled that the Maryland ‘Peace Cross’ had to come down, it would have also resulted in crosses being removed from cemeteries. pic.twitter.com/37byc5nxVA

… Imagine if… we lose this thing. It’s not incremental craziness. It’s exponential. All the crosses that are on cemeteries would then become… a pole would be put in their place, or something like that, because according to the leftists on the Court, they’re images of Christianity and everybody knows what a Cross represents, and we don’t want the government involved with it…

Even if the other side had won, the Cross in question could have simply been transferred to private land. Problem solved.

But people like Wallnau can’t imagine that church/state separation proponents are interested in religious neutrality. He assumes they want to stomp out Christians because that’s what he wants to do to non-Christians.

He’s incapable of realizing that not everyone wants to force their beliefs onto everyone else. 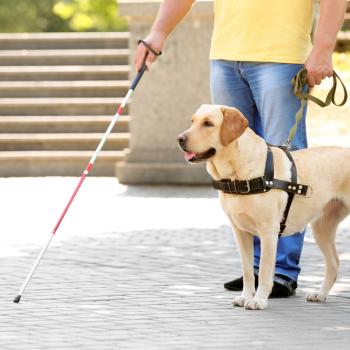 July 2, 2019
South Carolina Church Kicks Out Blind Man for Having Service Dog At His Side
Next Post 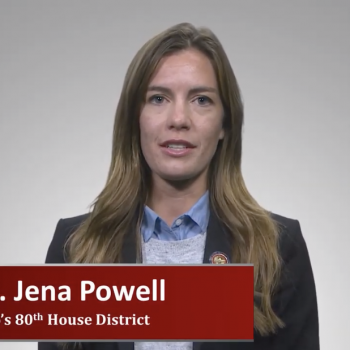