It’s not surprising that Creationist Ken Ham of Answers in Genesis would get outraged about drag queens reading to children at public libraries. But apparently libraries in general are a dangerous place for fragile young minds: 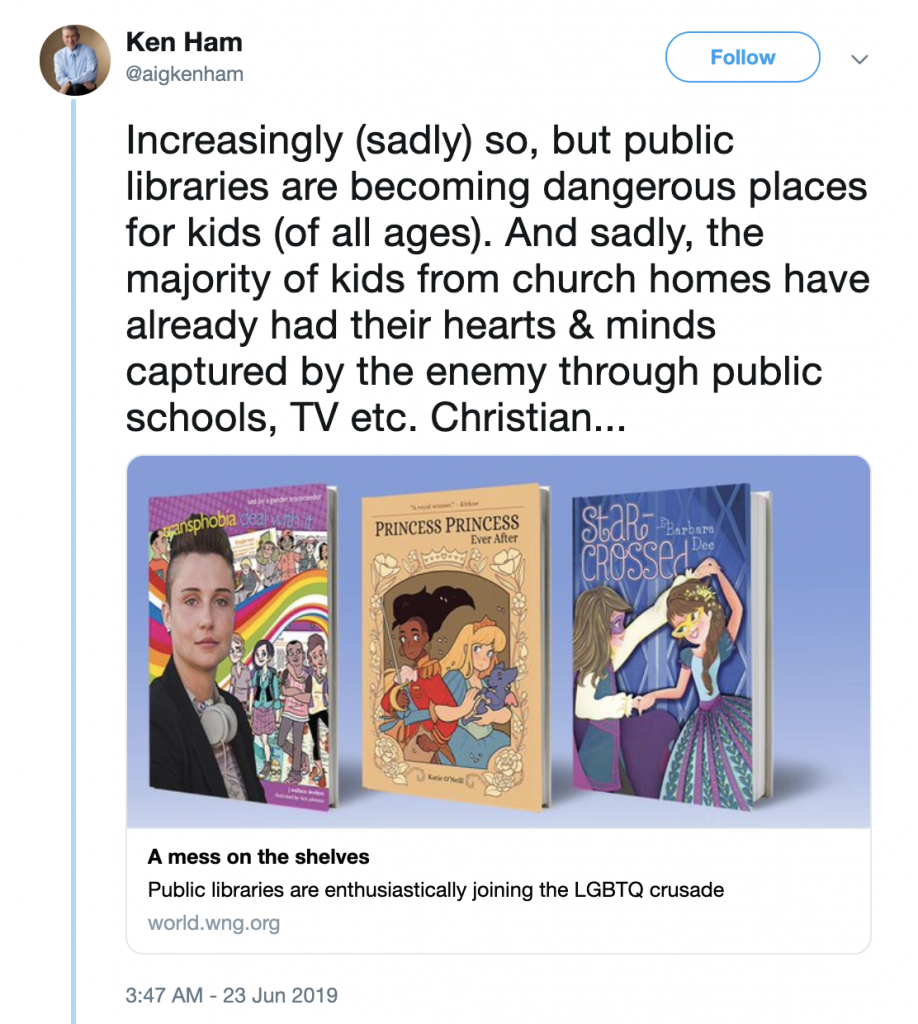 The article he links to is all about someone who is appalled that a book by a Christian author she likes isn’t at the library. (We aren’t told which book, which library, where she looked for it, or any details that could help confirm this. Though by her telling, all books are alphabetized by the author’s last name — all of them — and there’s no computer system in which to search for authors.)

What the writer does find are new, popular books “from the LGBTQ display” and she can’t believe such books humanize LGBTQ people. She later says she complained to the librarian about the “library’s all-out effort to plant these disturbing suggestions into innocent minds,” apparently unaware that not every book in a library is meant to appeal to every reader.

Ham signs on to her opinion with his tweet.

Though to be fair, even without the presence of drag queens, Ham has every right to be concerned about public libraries. After all, they contain books about the origins of the Earth and human evolution.

Knowledge is a direct threat to his Creationist empire. No wonder he considers libraries “dangerous.” 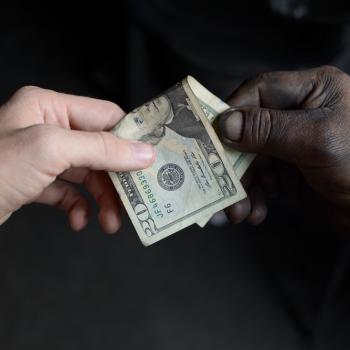