Speaking on his The Mc Files show last night, right-wing host Chris McDonald said that he has no sympathy for children of asylum seekers who are being kept in U.S. concentration camps without soap or toothbrushes.

More the point, he argued that there was nothing Christian about helping those children.

“I may be a little hardcore about this, but I’m getting sort of sick and tired of the media, and I’m getting sick and tired of these left-wing politicians blaming President Trump for the horrendous conditions at these detention centers,” he added. “I’ve got news for you, my friend: if they don’t want bad conditions at a detention center, don’t come across our border illegally. You’ve got the greatest center in the world at your home. If you’re complaining about not getting toothpaste and soap at a detention center, I’ve got a remedy for that: Go home! Go home and find your toothpaste and soap at your house.”

As a MAGA cultist, McDonald doesn’t understand that seeking asylum isn’t a crime. The only reason those families are even taking the risk of crossing the border is because the possibilities here are far better than the hot mess they’re trying to leave behind.

But even beyond that. he has no heart for caring for the “least of these,” which was one of the key commandments Jesus gave His followers. It’s not about refusing to help the lawless. It’s about refusing to help the poor out of selfishness and spite. (If McDonald ever picked up a Bible, he would know Jesus was killed for being deemed a criminal. But maybe Jesus deserved it for being so damn lawless.) 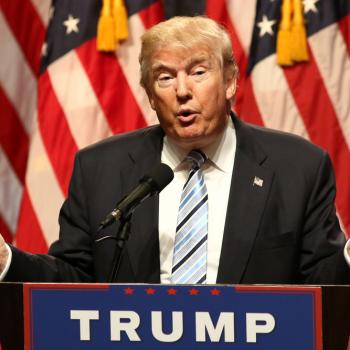 June 28, 2019
If Evangelicals Support Trump Out of Fear, There's a Simple Way to Fix That
Next Post 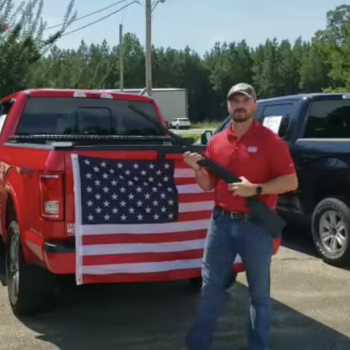 June 28, 2019 Ford Shuts Down AL Car Dealership's Promotion Promising Gun With Each New Car
"In other words, your accusation that I'm proposing a "right way" comes from your misunderstanding ..."
se habla espol This Inside Look at “Patriot Churches” ..."
"That’s an organic Gala apple. Try to avoid inorganic apples."
Synfandel Preacher: Let’s Endorse Candidates Since the ..."
"A captive and impressionable audience. They just can't help themselves."
Lumi This HS Football Chaplain Bragged About ..."
"So, th CSA lost despite having gawd on their side? How quaint..."
Martin Penwald Preacher: Let’s Endorse Candidates Since the ..."
Browse Our Archives
What Are Your Thoughts?leave a comment