One of the high points of tonight’s Democratic primary debate for me was what Mayor Pete Buttigieg said about religion. But the more I thought about it, the more problems I had with it.

Here’s the segment in question:

"We should call out hypocrisy when we see it." South Bend, Indiana, Mayor Pete Buttigieg says the GOP cannot credibly use religious language following the separation of parents and children at the border. #DemDebate2 pic.twitter.com/IhXbreIfdd

… The Republican party likes to cloak itself in the language of religion. Now, our party doesn’t talk about that as much, largely for a very good reason, which was we are committed to the separation of church and state, and we stand for people of any religion and people with no religion.

But we should call out hypocrisy when we see it. And for a party that associates itself with Christianity, to say that it is okay to suggest that God would smile on the division of families at the hands of federal agents, that God would condone putting children in cages, has lost all claim to ever use religious language again.

Buttigieg is right on principle and wrong on the details.

Democrats talk plenty about religion. The Democratic Party literally just hired someone to oversee faith outreach, the Religious Left continues to be a growing (and welcome) force for change, and candidates like Sen. Cory Booker can’t get a sentence out without citing their religion. Religion infuses the Democratic Party.

So Buttigieg is just wrong to say Democrats don’t talk about religion. Like President Obama, they constantly talked about faith. They wear it on their sleeves. They just don’t bash everyone over the head with it.

The second part of his answer suggested that Republicans were hypocrites to cloak their cruel actions in Christianity. But what is opposition to LGBTQ rights, and a Muslim ban, and an ignorance of climate change, and a rejection of science than a series of policies undertaken or accepted by people who take one form of Christianity completely seriously? That’s no longer hypocrisy. That’s just what right-wing Christianity is now, and tens of millions of Americans accept it as such. As Stephen Colbert joked last night, at this point, it’s less of a “cloak” and more of a “sheet.” (While we’re at it, the Bible is full of horrible things done in the name of God.)

Buttigieg implied religion is a force for good, all the time, but it’s not. It depends entirely on what kind we’re talking about.

All that said, good on him for talking about the importance of church/state separation and for paying some lip service to the fact that plenty of Americans have no religion. He got a lot of praise from non-religious people despite suggesting that Democrats would do well with more religion, just a different kind of it. 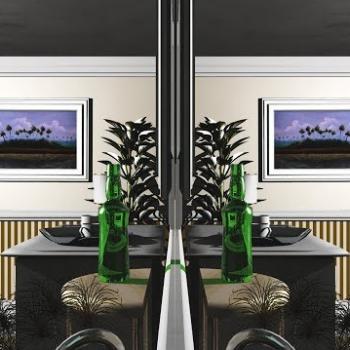 June 27, 2019
In This Video, an Anti-Gay Christian Debates Homosexuality With His Reflection
Next Post

June 28, 2019 Christian Bigot: Drag Queen Story Hour Is the "Mental Rape" of Kids
Browse Our Archives
What Are Your Thoughts?leave a comment