A Ten Commandments plaque inside on Ohio middle school has finally been taken down.

Before this week, you would’ve seen it as you walk into the auditorium at Welty Middle School in the city of New Philadelphia. 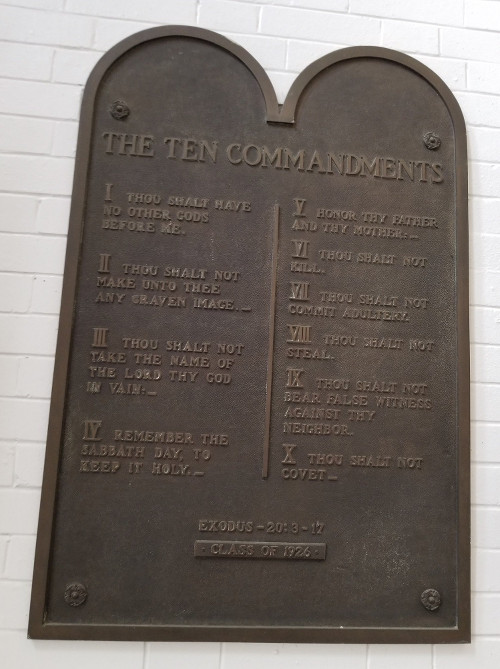 It was apparently a gift from the Class of 1926 and had remained there ever since. But tradition is no excuse for leaving up a Christian plaque that says things like “Thou shalt have no other gods before me” and other examples of religious nonsense.

The Freedom From Religion Foundation called on the District to remove the illegal religious display back in April. They even cited a Pennsylvania school that settled a legal battle over an actual Ten Commandments monument in 2017, and had to pay attorneys’ fees of $163,500.

This school in Ohio was heading down that same path unless they fixed this problem.

So that’s exactly what they did. Last week, a lawyer for the District sent FFRF an email saying the plaque had been removed.

“In speaking with the district, it is my understanding that the plaque has been taken down and is no longer on display on district property,” [attorney Brian J.] DeSantis wrote.

“As far as we’re concerned, this situation is completely resolved,” [FFRF attorney Christopher] Line said Tuesday. “We’re happy that the district did the right thing by taking down this religious promotion.”

That should be the end of the story, but the District’s superintendent is apparently furious. He told the Times-Reporter that FFRF basically functioned as bullies, sending a letter from Wisconsin and using “local media to further the issue.”

Both of those statements are idiotic. FFRF didn’t go looking for this case. Someone connected to the school informed them about it and requested their help. And FFRF doesn’t go to the media. The media comes to them.

If Superintendent David Brand wants to point fingers, he should point them at every administrator who allowed the Christian display to remain up over the years.

Brand admitted that Supreme Court rulings are not on his side — so FFRF is right — but then he acted like FFRF was trying to extort money from the schools, which is why he’s not fighting back.

… In addition to funding multi-year litigation, the District will divert staff, time, and energy from the District’s true purpose — student learning. Even more troubling, if the District’s case is unsuccessful as all other school cases have been, FFRF can seek for the District to pay FFRF’s legal fees, which have in at least one instance, exceeded $900,000.00. Clearly, challenging the issue legally would be an enormous risk and burden to the local taxpayers.

Brand should be thanking FFRF for helping them avoid litigation, not blaming them for noting the problems with a gift that should have been refused nearly a century ago. 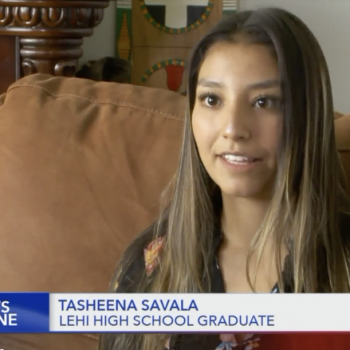 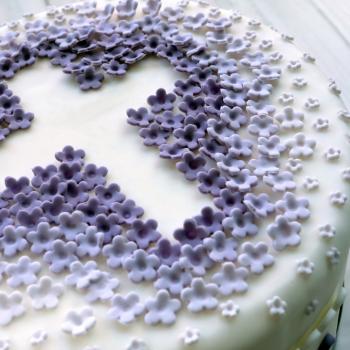 June 26, 2019 Survey: People Are Becoming More Accepting of Anti-Gay Christian Business Owners
Browse Our Archives
What Are Your Thoughts?leave a comment