In 2017, Wesley Mathews tried getting his adopted, undernourished 3-year-old daughter Sherin Mathews to drink some milk. She wouldn’t do it, and he didn’t take her to a doctor.

One night, he took his wife and biological daughter out to dinner… without Sherin. She stayed home alone. When they returned, he put her in the garage to punish her for not drinking milk… and threatened to leave her outside, with coyotes, to build up a “fear factor.”

She finally drank some milk. She choked. She died.

And then things got even more disturbing.

Mathews said he refused to believe his daughter, Sherin Mathews, was fully dead when he wrapped her tiny body in a blue plastic bag and hid it in a culvert near the family’s Richardson [Texas] home.

“I refused to believe that my child had completely gone from the world,” Mathews testified Tuesday.

He said he believed if he “prayed hard and strong enough” Sherin Mathews might be resurrected, like Lazarus.

Mathews is currently on trial, where he faces life in prison. It doesn’t help that he first lied to cops, telling them Sherin “disappeared” after he had already hid her body. Mathews’ wife was also charged with crimes, but those charges were dropped after prosecutors said they couldn’t prove their case beyond a reasonable doubt. 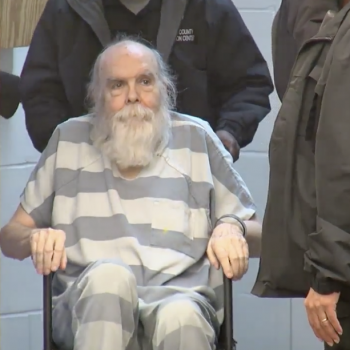 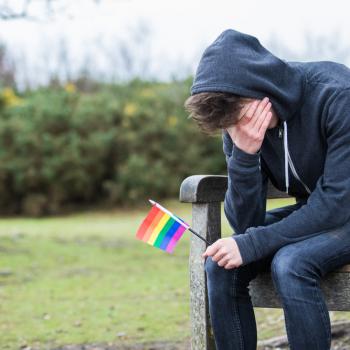 June 26, 2019 Survey: Younger Americans Are Becoming More "Uncomfortable" Around LGBTQ People
Browse Our Archives
What Are Your Thoughts?leave a comment