Over the weekend, in honor of Pride Month, West Virginia State Sen. Mike Azinger, a Republican, published an op-ed in the Parkersburg News and Sentinel denouncing homosexuality.

Azinger was furious that the newspaper had printed a front-page story about a Pride parade in the community, and this was his way of pushing back:

Tolerance, in the face of the violation of the commandments of God, is no virtue at all.

The LGBQT movement is not about happiness and tolerance, but about indoctrination and a forced acceptance of a perverted and non-biblical view of sexuality.

The solution to the madness of the LGBQT movement is not political correctness and tolerance; the answer is the Cross of Jesus Christ where we all can find forgiveness and salvation.

Right… That “perverted” view of sexuality that says you should be able to be with someone you love without the government discriminating against you because of it. (Tolerance? Who needs tolerance?!) For what it’s worth, my children are far safer at a Pride event than a Donald Trump rally.

It was an ignorant article… and par for the course for a Republican.

But he’s just a random GOP official, right? It’s not like he’s the head of the state’s Republican Party.

That person would be Melody Potter, who describes herself on Facebook as “Follower of Christ West Virginia Republican Party Chairman.” (Punctuation isn’t her strong suit.) 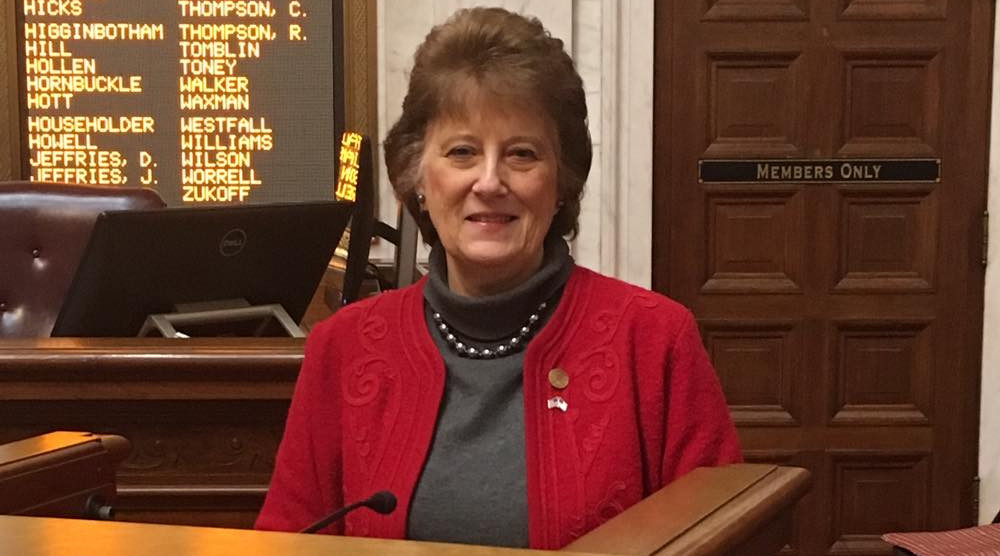 She wants everyone to know that Azinger’s piece is “right on.” She also congratulated him for “having the boldness to stand for what is right.”

As Talking Points Memo notes, when a different WV legislator made indefensible comments against LGBTQ people earlier this year, Potter took a very different approach. She said his rhetoric was “unacceptable”:

“In recent days, Delegate Eric Porterfield has made comments that are hateful, hurtful, and do not reflect the values of our country, our state, and the Republican Party. These comments are unacceptable and we denounce them. They have no place in America.”

“We may disagree on policy, politics, and the direction of our state, but we can disagree civilly and respectfully because intolerant and hateful views hold us back, divide us, and hurt our state.”

So a Republican calling LGBTQ people a modern version of the KKK, and saying gay people are a “terrorist group,” and joking about how he would drown his own kids if they said they were gay — all of that has no place in the GOP.

But claiming that people celebrating Pride just want to indoctrinate everyone into gayhood with their perverted sexual habits is “right on.”

What changed? Maybe that one statement was a carefully crafted response to bad PR… while the other was Potter saying what she really felt when she thought no one was paying attention.

The truth is she wasn’t bothered by the disgraceful comments of Del. Eric Porterfield. She was always fully on board with them. But it’s only when she thought the spotlight was off of her that she admitted it in a different context.

The entire party is full of these Christian bigots. But even in West Virginia, they can be defeated if Democrats organize and get strategic. You can donate to the state’s Democratic party right here.