U.S. Psychoanalysts: We’re Sorry We Once Said Homosexuality Was a Mental Illness

It took more than 25 years, but the American Psychoanalytic Association has issued an apology for saying in the past that homosexuality was a disorder, an unfounded claim that made life more dangerous for LGBTQ people during that time.

The apology, offered by the group’s president Dr. Lee Jaffe at its annual conference last week, was greeted with a standing ovation. It may be the first apology of its kind from any U.S. medical or mental health group.

… “It is long past time to recognize and apologize for our role in the discrimination and trauma caused by our profession and say, ‘We are sorry,’” said a statement by Dr. Lee Jaffe, president of APsaA.

Jaffe said his group has long been active in promoting LGBTQ rights but had yet to put its contrition into words.

“It’s hard to admit that one has been so wrong,” Jaffe said.

Even if the apology comes more than 25 years after the APsaA officially changed its position and allowed gays and lesbians training to become psychoanalysts, it’s an admission that shouldn’t be dismissed. Admitting to being wrong about something is one of the hardest things for anyone to do — that’s even more true when the apology is public and long overdue. It’s especially relevant for the APsaA, which formally accepted gays and lesbians into the group in 1991 only after facing an anti-discrimination lawsuit.

They didn’t accept gays and lesbians voluntarily back then. But the apology this time around wasn’t forced at all.

Other professional groups ought to follow suit, even if the people in charge today weren’t responsible for the cruel designations.

June 25, 2019
Cathedral High School Fired a Gay Teacher. What Did Its Critics Expect?
Next Post 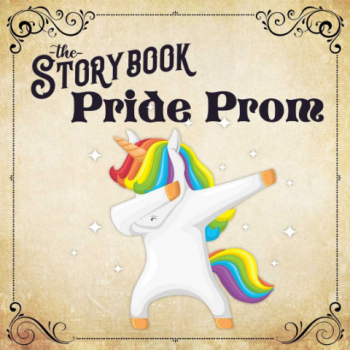 June 26, 2019 Christian Bigots Forced a Florida Library to Cancel Its Inclusive "Pride Prom"
Browse Our Archives
What Are Your Thoughts?leave a comment