This afternoon, Russell Moore, the president of the Ethics and Religious Liberty Commission of the Southern Baptist Convention, expressed some sympathy for the refugee children our Republican government has chosen to put in concentration camps. 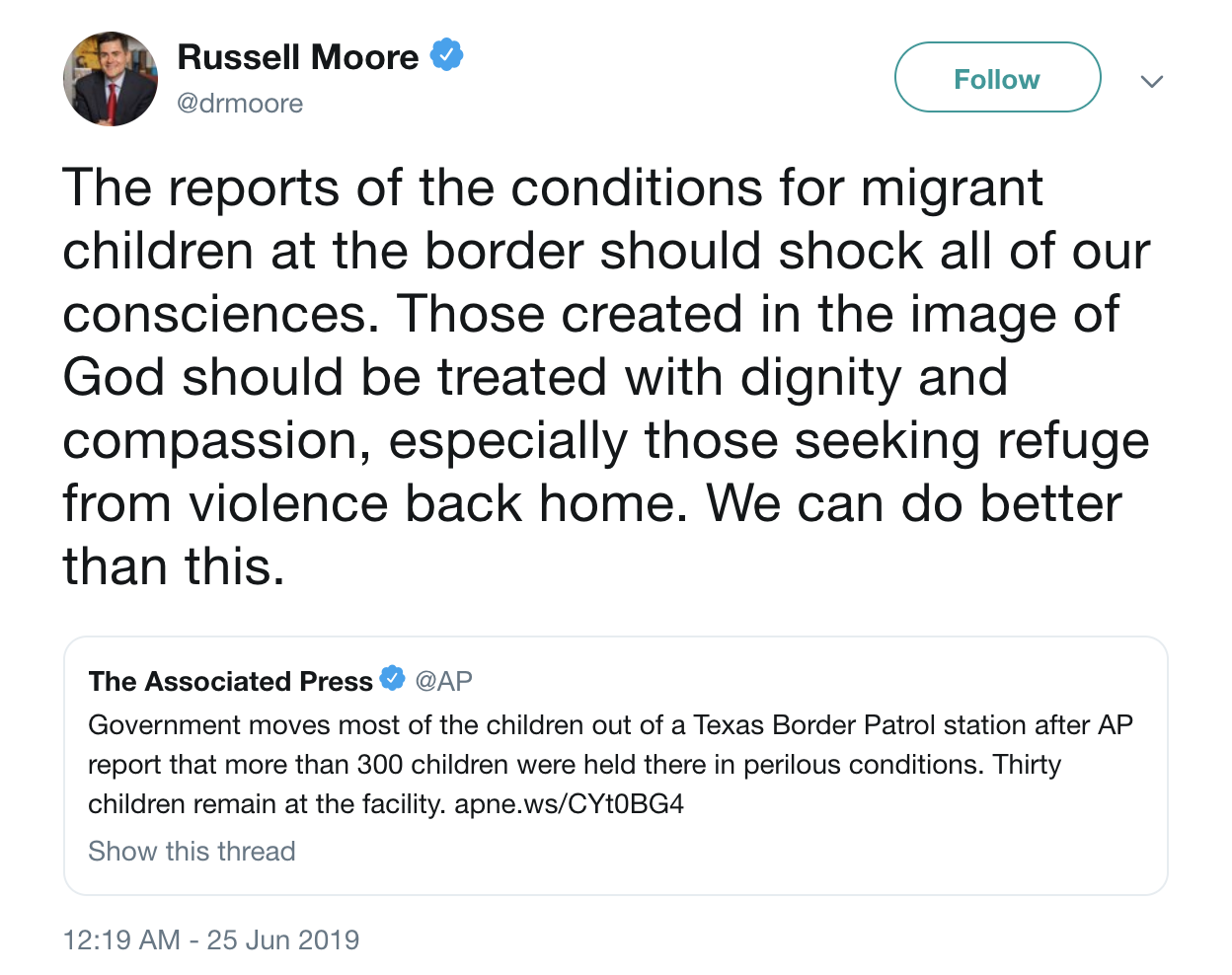 That seems like the bare minimum any evangelical Christian leader could say. The situation is bad. The kids deserve better. Our governments should step up.

None of that should be controversial. 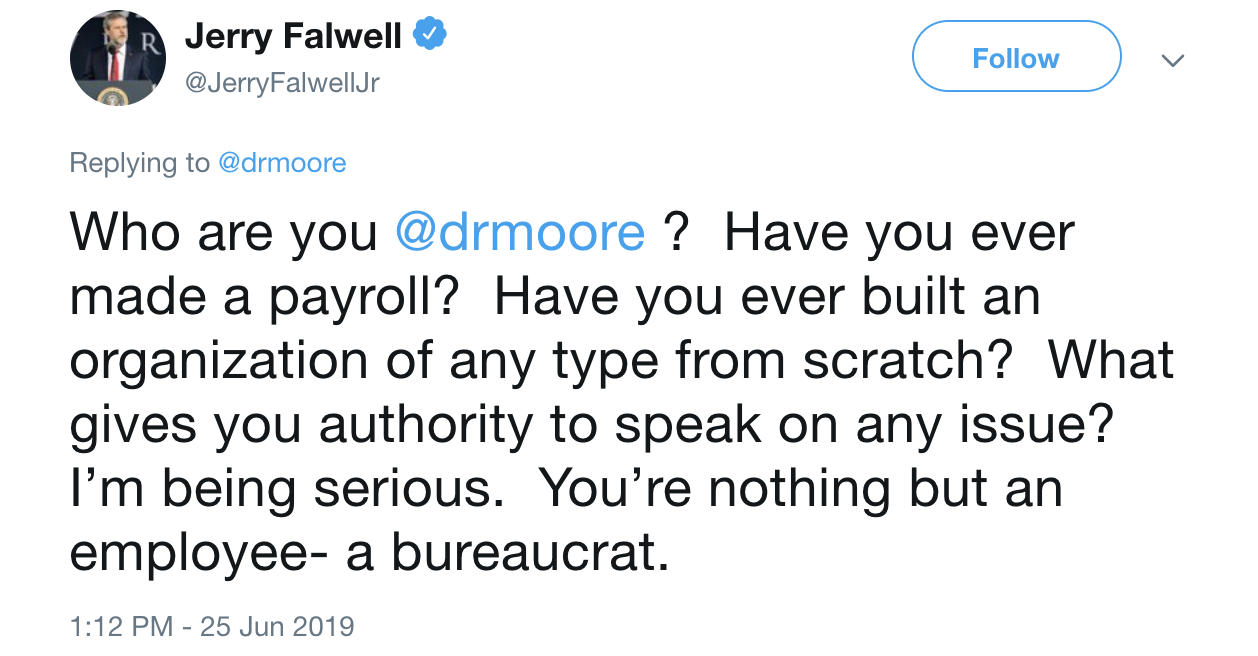 The head of Liberty University is more upset about Moore’s tweet condemning the GOP torture chambers than the chambers themselves.

Also, the guy who inherited a school from his daddy has no business calling out someone else for not building an organization from scratch…

What does his response even mean? Apparently, in his mind, you can’t speak out against cruelty unless you’re the founder of a company? Did Jesus run a profitable carpentry business on the side and not tell anyone?

Even by his own standards, Falwell fails. He’s the leader of a business, and he’s not saying anything about the torture of children. Trump is the head of countless failed businesses, and he’s responsible for it. We can’t count on conservative Christians to get us out of this mess when they’re the ones who created it.

No wonder Falwell is shocked. Someone in his Christian circles finally spoke the truth and he completely short-circuited.