The evangelical Christian group One Million Moms (Twitter count: 3,665) is taking credit for the makers of Kit Kat bars using a new advertisement. (They’re apparently unaware that large companies have multiple ads that they use…)

The original one, which featured “Work It” by Missy Elliott, apparently reminded the Moms of “male genitalia.”

The inappropriate song playing in this commercial is called “Work It” by artist Missy Elliott and has no place in a candy bar commercial. This song is about sex, and the lyrics are extremely offensive. The song includes a word for male genitalia that is bleeped out by an elephant trumpet: “If ya got a big (phrrrrr), let me search it.” Everyone knows children repeat what they hear.

The only people who watched that and came away thinking sexual thoughts were the Moms. Children either wanted the candy or made elephant noises.

But now the Moms say they’re the reason there’s a new commercial playing:

KitKat’s “Reverse Break” commercial was irresponsible but after our 1MM supporters voiced their concern over the candy bar ad with a sexual message, a new commercial has begun airing. KitKat has updated their commercial to leave out the vulgar song lyrics. The revised commercial now includes their famous jingle.

This is a HUGE improvement! The commercial is now family-friendly once again. 1MM appreciates KitKat taking appropriate action to make this correction.

“Revised.” They make it sound like Kit Kat heard the complaints and went back to the drawing board instead of just creating one with the famous jingle and just holding onto it for future use. It’s a tactic they use all the time. They also take credit when TV shows with low ratings get cancelled as if they were solely responsible for it.

Needless to say, the Moms offer no evidence that their petition is responsible for the change. (Had they received an email from the Kit Kat people saying they were sorry for the penis commercial, you know the Moms would’ve posted it.) But leave it to a Christian group to assert whatever they want without evidence.

The sexual version of the commercial, by the way, is still on Kit Kat’s YouTube channel. 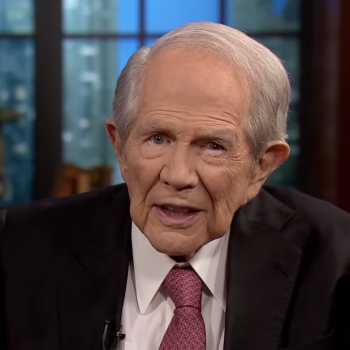 June 25, 2019
Pat Robertson: You Must Protest Drag Queen Story Hours By Voting Out Librarians
Next Post