Over the past week, we’ve seen the Supreme Court protect the existence of a Giant Christian Cross on public land, while saying taking it down would be perceived as anti-Christian.

We’ve also seen a Satanist deliver an invocation in front of the Kenai Peninsula Borough Assembly in Alaska, because a lawsuit forced the elected officials to open their invocations to people of any faith or no faith. It was only after a court compelled them to stop promoting Christianity at meetings that they agreed to an open forum where anyone could sign up to give the opening prayer.

In both cases, the story has been how seriously we take religious neutrality. The Alaskan officials respected it, while the Supreme Court found a workaround to allow Christian supremacy. 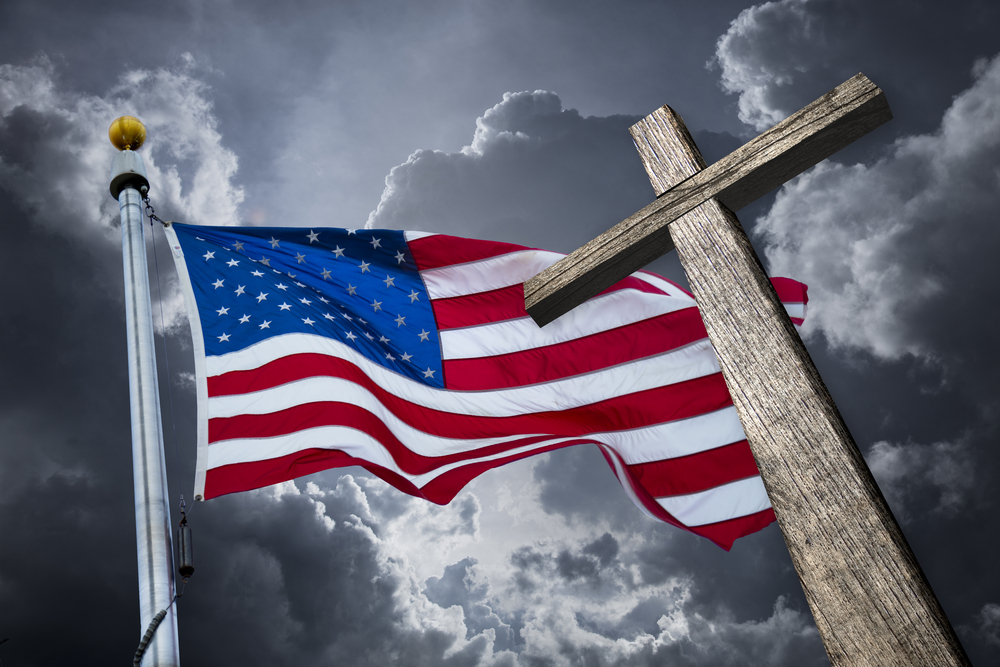 Cheryl K. Chumley, writing for the (conservative) Washington Times, is appalled by the results in both of those situations. She can’t believe the Supreme Court had to take the Cross case at all and she can’t deal with a Satanist giving an invocation.

Nothing shows cultural degradation like a nation that was forged by Christian faithfuls on a quest for religious freedom and built by Judeo-Christian principles being torn asunder and cast into judicial, legislative and cultural confusion by the likes of group that hails Satan during a prayer moment at a government get-together.

As founders noted, our government was only intended for a moral, virtuous people — and as they warned, when the people fail to be moral and virtuous, the pillars of the democratic-republic would fall.

This is where we’re at now.

Nothing screams “I’m completely ignorant of my own history” like a writer who thinks the Founding Fathers were Christians trying to create a Christian nation. But even if she’s wrong about that, what’s more disturbing is her reaction to non-Christians today, seeing them as “cockroaches” that are infesting the country.

The “cockroaches” she speaks of are groups who just wanted to make sure the government wasn’t promoting one religion over all others, just as the Constitution requires. They’re patriotic cockroaches, dammit. Even the Satanist would tell you she doesn’t worship Satan and follows an excellent moral code.

Yet Chumley is terrified by what she doesn’t understand.

The Satanic Temple has made inroads — is making inroads — because America’s moral compass is out of whack. The atheists and humanists and secularists are making waves and rocking legislative and judicial bodies because America’s once-proud, once-noble Judeo-Christian foundations are getting shaky.

Those foundations never existed, and we’re a better country because of it.

We’re lucky that the people she demonizes are actually defending or strengthening the Constitution while the Christians currently in power are busy putting brown babies in concentration camps. We could all do without those supposed Judeo-Christian values.