Why is a MI Public School’s Band Playing at a Church’s “Blessing of the Jeeps”? June 22, 2019 Hemant Mehta

Why is a MI Public School’s Band Playing at a Church’s “Blessing of the Jeeps”?

For reasons that elude me, there is an annual “Jeep Blessing” near Cadillac, Michigan.

It’s partly just for fun — all four-wheel drive vehicles are celebrated, not just Jeeps — but it really is a religious ceremony. The event takes place outside Boon Baptist Church and the pastor really does bless all the cars. There’s a prayer. There’s a sermon.

That alone isn’t a problem. Churches are more than welcome to hold events like these.

The problem is that Mesick High School, a local public school, has been participating in the event for years. The band’s director, Craig Jones, not only arranged for the performances, but also asked parents to chaperone the event. (In other words, this was school-sanctioned.) Just last month, pictures from the event showed the students playing right underneath a large Christian cross.

Freedom From Religion Foundation legal fellow Colin E. McNamara has now sent a letter to the District’s superintendent calling for this partnership to end.

When a school band is asked to perform at religious event, a participating student will perceive that the school is endorsing the event and its religious message. The schools’ message of endorsement is heightened here by the fact that the entire purpose of the event is public prayer…

… When a school involves itself in an event dedicated to prayers and blessings, it has unconstitutionally entangled itself with a religious message, here a Christian message.

McNamara points out that just saying this event is “voluntary” for students isn’t an out. The problem isn’t that the school is forcing kids to participate; the problem is the school has hitched itself to an explicitly Christian event. It needs to stop. If the kids want to play at the event, they can organize it themselves. 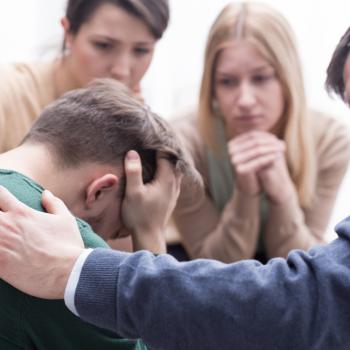 June 22, 2019 Podcast Ep. 275: SCOTUS and the Giant Christian Cross
Browse Our Archives
What Are Your Thoughts?leave a comment