On May 31, Amazon Video released all six episodes of the miniseries Good Omens, based on a 1990 novel by Terry Pratchett and Neil Gaiman. It’s all about the impending Apocalypse and a depressed angel and demon who aren’t ready to give up their lifestyles on Earth. You know… good, family-friendly fun. 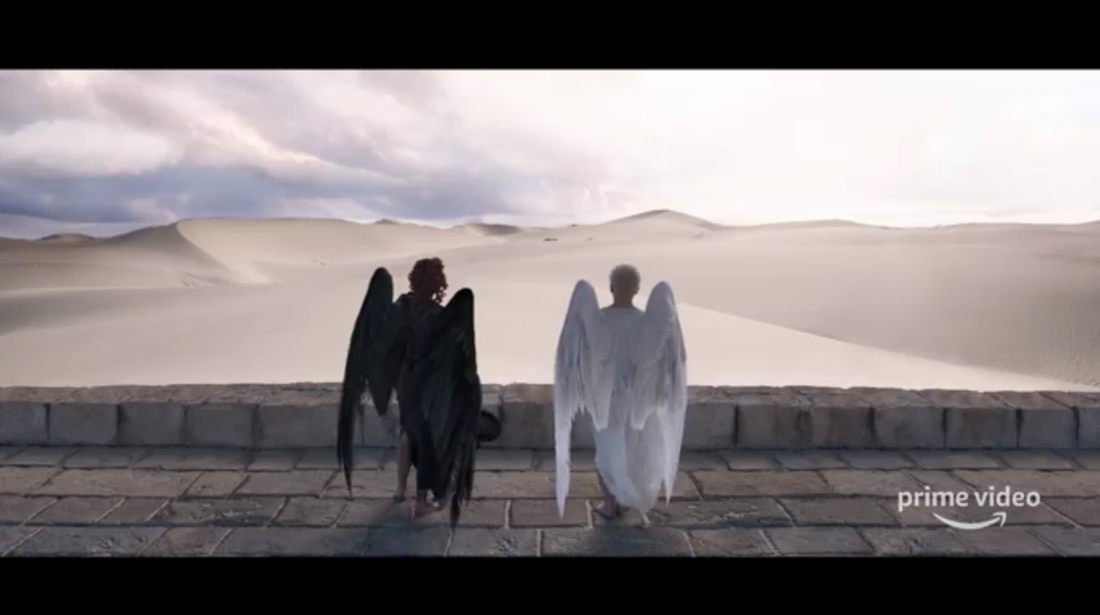 But a group of Catholics working with the group American Society for the Defense of Tradition, Family and Property recently created a petition — that has now been signed by more than 20,000 people — urging Netflix to cancel the series because (among other things) it makes “Satanism appear normal, light and acceptable.”

I repeat: They urged Netflix (not Amazon) to cancel a series (that was already over). And more than 20,000 Christians who were unable to do any research for themselves thought that was a brilliant idea. 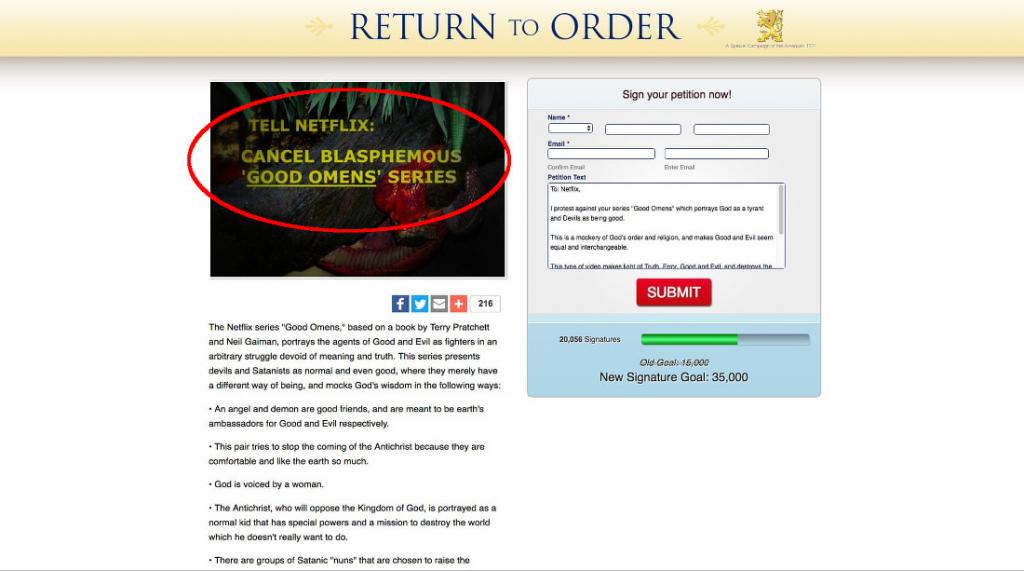 That is Creationism-level stupidity. At least everyone on the receiving end of the petition had a good time mocking the religious haters:

I love that they are going to write to Netflix to try and get #GoodOmens cancelled. Says it all really. https://t.co/8WNxCY1YmV

ok we promise not to make any more https://t.co/TRPux36kcX

The folks at Return to Order have since fixed the petition — after everyone has already signed it — with this correction:

Due to an oversight by Return to Order staff, this petition originally listed Netflix as responsible for the offensive series “Good Omens.” Amazon Video released the series on May 31. We regret the mistake, and the protests will be delivered to Amazon when the campaign is complete.

You would think a group of people complaining about the show’s biblical illiteracy would be better at reading critically.

In any case, the petition still calls for the cancellation of a series that was already completed. Which means they’ll probably declare victory in a day or two.

How ironic would it be if the publicity generated from this silly petition led to Amazon ordering another season of the show? 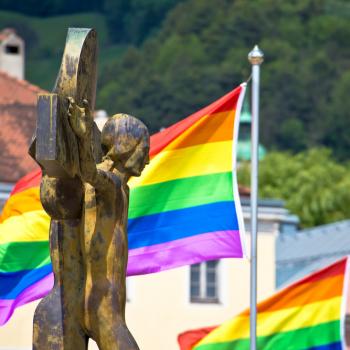 June 21, 2019 Jesuit School Refuses to Fire Gay Teacher, Even After Catholic Church's Threats
Browse Our Archives
What Are Your Thoughts?leave a comment