Back in April, Israel Folau, one of the most famous Australian rugby players, said in a now-deleted comment on Instagram that the plan for gay people is “HELL.. Unless they repent of their sins and turn to God.” Rugby Australia soon announced they would tear up his contract, worth more than $4 million, for violating the league’s commitment to inclusivity. Plenty of advertisers also dropped him from being a spokesperson.

Folau has been in a perpetual rage ever since. It didn’t help that another video of him denouncing homosexuality from a church pulpit appeared online over the weekend.

The latest act of appalling desperation is a $3 million GoFundMe campaign Folau launched to help fund his legal battle. The problem isn’t that he wants support for legal help. It’s that a very wealthy athlete wants his supporters to cover the costs. (The comparison isn’t perfect by any means, but imagine LeBron James asked people to pitch in for a lawsuit he’s filing. Why would he need anyone else’s cash?!)

It’s no longer about religion, it’s about YOU and YOUR greed.@IzzyFolau ��‍♂️ pic.twitter.com/mdywzaw1ha

(That tweet, from Folau’s former teammate, includes images of other GoFundMe campaigns from people who need actual medical help.)

Is Israel Folau kidding? Here's a bloke who jumped form sport to sport looking for the biggest paycheck and now wants fans to bankroll his efforts to make people feel shit about themselves. Piss off mate. #IsraelFolau

This is just so offensive. People out there can’t pay their medical bills, fees their kids, afford a place to rest their head at night, and he’s begging for money. Might want to go back to reading that bible mate and see what it says… https://t.co/BzUM8Su10F

Imagine earning as much money as Israel Folau and then asking for handouts.

People are also furious that Folau is suing even though nobody wronged him. He’s only suing because he doesn’t like having to deal with the consequences of his Christian bigotry. Nobody deserves a multi-million reward for that.

He doesn’t understand that. His personal website asks readers, “Do you believe in the right of Australians to practise their religion without fear of discrimination in the workplace?” As if he’s the victim, not the dispenser, of hate.

I wonder if his donors have read the disclaimer on Folau’s GoFundMe page:

In making this contribution I acknowledge that my contributions are made freely as a gift on the basis previously affirmed and that there will be no obligations on Israel Folau to do anything for me in recognition of the gift or to apply the funds in any particular way with respect to his legal action, and that I hold no expectation to receive anything in return for my contribution.

He’s not even obligated to spend the money for legal funds. This is just a gift for being a self-imagined Christian martyr.

In any case, no one’s stopping him from preaching biblical hatred. But if he’s a liability for a sports team, then they have every right to cut him. If endorsing a product leads to backlash for the companies, then they don’t have to give him a contract. He isn’t owed anything in an environment where reputation matters. And by continuing to be a raging asshole in the wake of the problems he created for himself, he’s making sure that no one will ever want to hire him for professional reasons ever again.

Sometimes, the trash takes itself out.

(Thanks to David and Lee for the link) 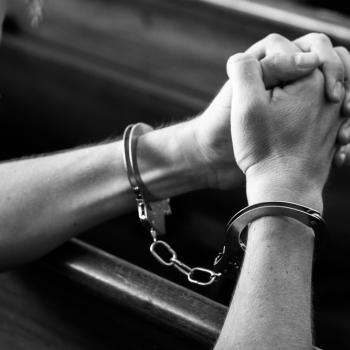