In South Carolina, every public school district is required to have a 13-member advisory board to make decisions regarding sex education.

The Charleston County School District is looking to fill those roles for the coming school year, and this was the strange invitation posted on their website: 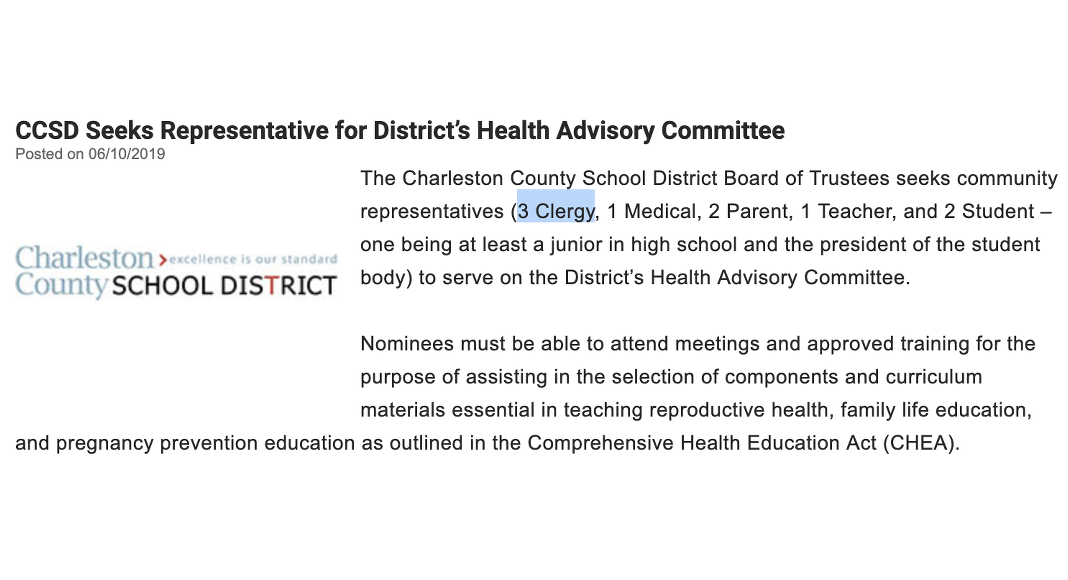 The Charleston County School District Board of Trustees seeks community representatives (3 Clergy, 1 Medical, 2 Parent, 1 Teacher, and 2 Student – one being at least a junior in high school and the president of the student body) to serve on the District’s Health Advisory Committee.

Why on earth do they need three clergy members making decisions on sex ed? Why do they even need one?! And why are there three times as many clergy members as medical experts? 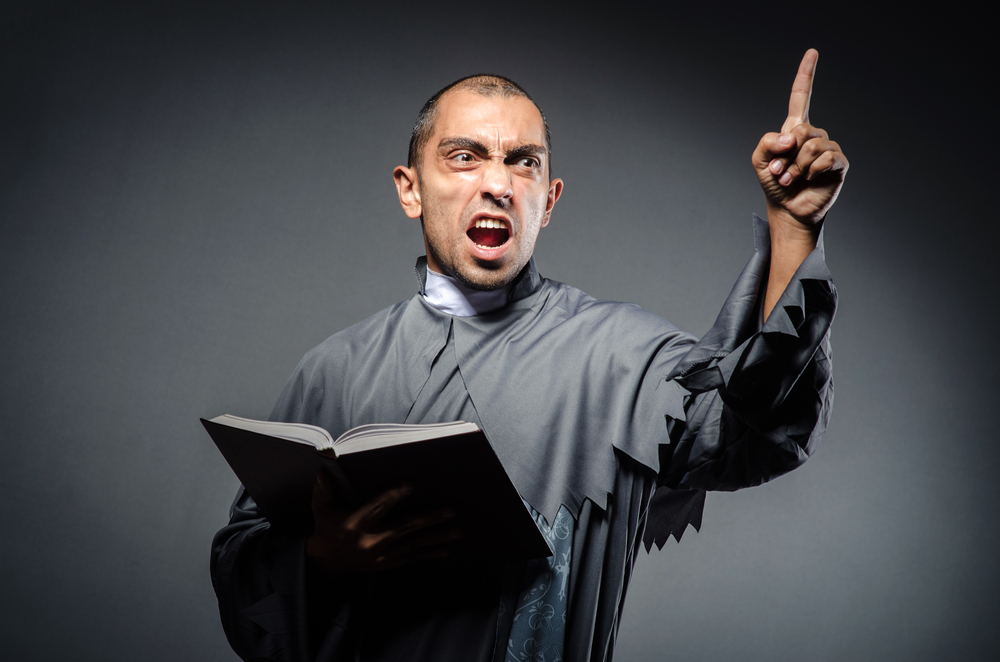 That’s what some local parents want to know:

“Initially I was in disbelief,” [mother Kate Quertermous] said. “It just seemed so strange. This is a health advisory committee. There’s no gray area here. This is black and white.”

“I don’t know why clergy need to be on there at all,” she added. “There’s so many different religious thoughts and perspectives and teachings, you’re always going to leave someone’s teachings out of it.”

Those parents are making all the right points. They were appalled by what they saw on CCSD’s website, but it turns out CCSD is simply following orders from the state. South Carolina law actually requires three clergy members on each 13-member sex ed advisory board, going back to 1988.

That’s especially problematic when you realize that the state only wants schools to talk about sex within the context of reproduction. What about all the other kinds of sex? The law says “Abstinence and the risks associated with sexual activity outside of marriage must be strongly emphasized.”

The CCSD current sex ed board’s chair said none of this is a problem because the clergy members they have right now aren’t extremely liberal or conservative (though this is South Carolina, so take the word “liberal” with a huge grain of salt)… but anyway, who cares?! Even if this district lucked into pastors who aren’t radically anti-sex, what’s the value to having them on the board at all? Their opinions are irrelevant.

The only defense offered by the current board’s chair, Kimberly Butler Willis, is that the three pastors are outnumbered by everyone else.

“Even if our clergymen were three stubborn, conservative, abstinence-only advocates, they still couldn’t win the vote. Unless they had parents or health professionals or students that backed them up,” she said.

That’s hardly inspiring. And it doesn’t get to the root problem of why a pastor’s opinion about sex should have any relevance to a public school’s curriculum.

One Republican state representative said she’d be open to adding two more medical professionals to the board “if that makes people feel better.” But even she didn’t explain why pastors are included at all.

This isn’t the British Parliament. We don’t need religious relics getting seats at the table when it comes to dealing with what kids need to be taught in a public school. If they’re going to have advisory boards for sex ed at all, they should consist entirely of medical professionals. Perhaps students and teachers can join that mix, too, but parents shouldn’t get veto power over what the experts say, and clergy members should be ignored entirely.

By the way, a few years ago, the CCSD sex ed board removed a part of the curriculum that included sections on AIDS, HIV, contraceptives, and LGBTQ relationships.

June 20, 2019
Here's How Atheists Are Reacting to the Supreme Court's Bladensburg Cross Ruling
Next Post