On today’s episode of The 700 Club, Pat Robertson was asked if it’s okay for a divorced person to get remarried, especially since the Bible makes it clear God sees that as adultery.

Robertson’s answer? Times have changed, and Christians should just ignore what the Bible says.

[Jesus] said if anybody divorced his wife, except for the cause of fornication or adultery, he should not be remarried.

But we have got a situation in America where almost for every couple of marriages there is also a broken marriage or divorce. And there are millions of people who got divorces, and they remarry and try to set up new families. And I have said all along, I think the church, which has been given the power of God to bind and loose, should lose this regulation and let people understand that divorce is not the unpardonable sin and that remarriage is not something that is forbidden forever. But it depends on the situation…

The big deal is, I really think the church needs to deal with this matter, as a body, and say, “Look, here’s our ruling on this particular issue” and cleanse people of this sense of guilt that they have been under because of “breaking the law.”

Give Robertson some credit. Normally, Christians would say to follow the Bible or reinterpret the words in a way that suits their needs. But not this guy! He’s flat-out saying Christians should pick and choose what to follow regarding God’s rules.

If you have a legitimate reason to get divorced, then do it and move on with your life. That’s decent advice; it’s just weird to hear Robertson come right out and say it without even pretending there’s a biblical justification for it. 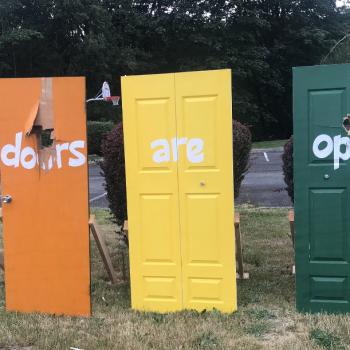