During a press conference this afternoon, disgraced two-time Alabama Supreme Court Chief Justice and multiple-time creepster and alleged pedophile Roy Moore said he plans to run for U.S. Senate in 2020. (Watch the video below around the 17:15 mark.)

Assuming Moore wins the GOP primary, which he no doubt will, Republicans will be putting up the worst possible candidate against the most vulnerable Democratic senator in the country. Again!

If you need a refresher, Doug Jones won a special election in 2017 shortly after Moore was revealed to be an alleged child molester.

Even before that, though, he was a disaster waiting to happen.

Moore wants to make it illegal for gay men to sleep together. He suggested that 9/11 was the result of godlessness is our society. He installed a Ten Commandments monument in the state Supreme Court in the middle of the night, then refused to remove it. He told probate judges they didn’t have to issue marriage licenses to same-sex couples even when it was legal. He said evolution was incompatible with our Constitution. He said then-Rep. Keith Ellison shouldn’t be allowed in Congress because he’s a practicing Muslim.

And all of that was before we found out he guided a 14-year-old to touch his genitals.

While a regular election poses a different challenge, Moore’s run could be disastrous for the GOP. (How many more stories about his past actions will we hear about in the run-up to November of 2020?)

Moore said in March that he felt the 2017 seat was “stolen” from him because of all the reporting about his actions. What he never explained is why he thought those allegations wouldn’t hurt him in 2020. If anything, other victims who were silent in 2017 could come forward now, and even Alabamans might be sick of Moore trying to win another race when he’s a perpetual embarrassment to anyone who’s not a conservative Christian.

Doug Jones must be thrilled right now. Democrats just received a huge gift in their quest to retake the Senate in 2020.

The only thing that will make this better is if Moore rehires his old campaign spokesman. 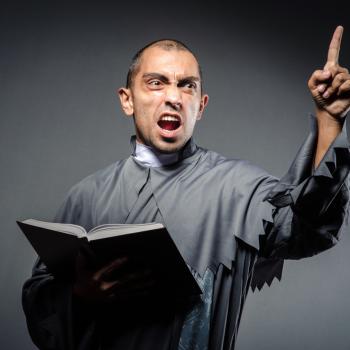 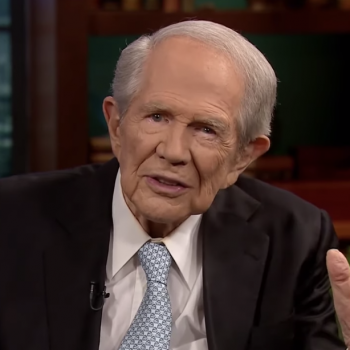