Matt Stachmus is the Altoona, Pennsylvania resident who really wants the city to put “In God We Trust” stickers on all city-owned vehicles because his dog was attacked and… somehow that means God exists.

The sad thing is that the city council is seriously considering the religious stickers. And Stachmus is all too eager to prod them in that direction, saying things like, “Prove your courage and defend our national motto.” He also wants all city council members to vote on his proposal in order to get them on the record to show the world whether they “have backbone.” (It’s a sticker, dude. Not a war. Relax.) 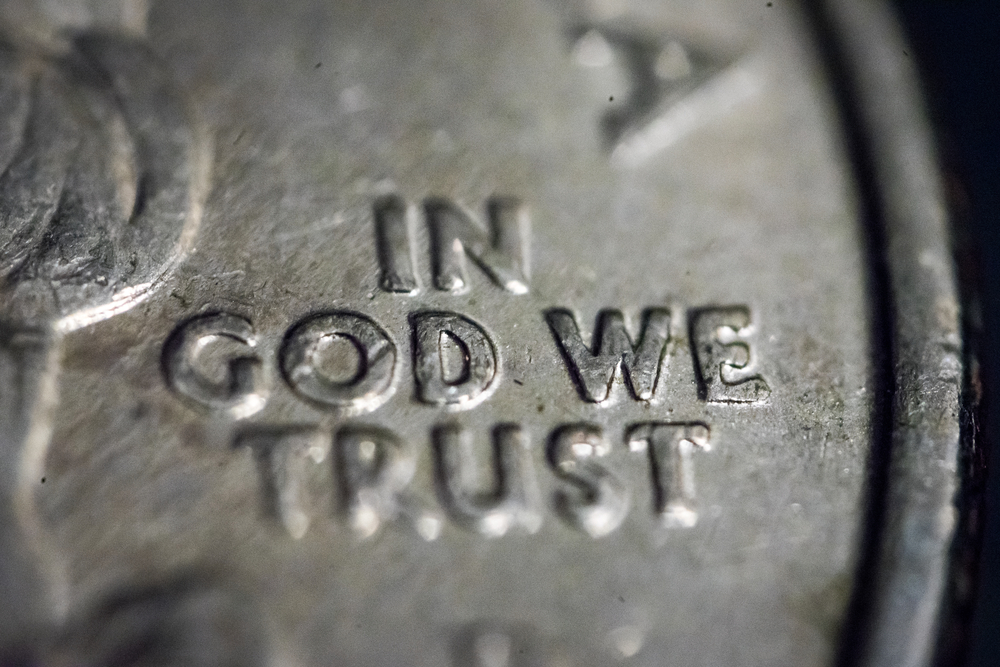 Since that story first appeared in the Altoona Mirror, the city council has received another proposal from Robert Ray of The Original Motto Project. If the city goes through with putting the religious message on cars, Ray also wants them to put “E Pluribus Unum” (Out of many, one) stickers right next to the Christian ones since that was our unofficial original motto.

The reaction to that proposal by one city council member is downright comical. Council member Dave Butter­baugh, who wants only the religious message on cars, says the pitch to include the secular motto makes no sense:

“Fred Flintstone could make a better argument to change the national motto to ‘Yabba dabba do!” Butterbaugh said.

Ray is wrong in trying to equate In God We Trust with Christianity, Butter­baugh added.

“There’s nothing overtly Christian about it,” Butterbaugh said.

There’s nothing overtly Christian about Joel Osteen, either, but everyone knows what religion he belongs to.

It’s absolutely a Christian motto. Christians know it’s a Christian motto. That’s why getting that phrase in as many public places as possible is one of the goals of Project Blitz, the Christian Right’s playbook. Muslim, Hindu, and Jewish groups are not promoting the phrase in the same way for good reason.

And frankly, our nation would be far better off with a secular motto like “Yabba Dabba Doo” — which you say in celebration — than a religious one that spreads a Christian myth.

At least there’s still some common sense among the city’s leaders.

The city would do well not to put either kind of decal on its vehicles, according to City Manager Peter Marshall.

The only markings on any vehicle of government should be the name of the agencies that own it, the name of the agency providing the service it’s intended for, appropriate indicators of its function and perhaps a phone number in the case of emergency vehicles, according to Marshall.

Asked which rival proposal he’d choose if he had to choose one, Marshall picked E Pluribus Unum, however.

A vote on the matter will occur in July.

If the council members have any common sense, they’ll either reject all the stickers or adopt the more inclusive secular one. There’s no reason to use “In God We Trust” unless Altoona officials want to send the message to all non-Christians in their community that they’re unwanted and unworthy of respect.

June 19, 2019
Ark Encounter Ticket Sales Went Up in May
Next Post