Last night, Quebec’s government passed Bill 21, which will stop certain government workers — including cops and teachers — from wearing religious symbols like hijabs and yarmulkes and turbans “in order to protect Quebec’s secular society.” The final vote was 73-35.

Bill 21 also says people who use certain government services can’t wear any religious symbols either, which essentially means Muslim women with face veils won’t be allowed to use buses.

It’s a move that trounces on religious freedom in the name of religious neutrality and creates far more problems than it solves.

The law, which “grandfathers in” whatever people wear now while prohibiting new hires and people in new positions from wearing the same religious symbols, was championed by premier François Legault. Critics say it will effectively block Sikhs, Muslims, Jews, and other people who are required by their faith to wear certain symbols from advancing in their careers or taking on these government jobs.

The law also includes a clause that immunizes it from legal action… which is a thing they can do.

The notwithstanding clause, officially called Section 33 of the Charter of Rights and Freedoms, allows provincial or federal authorities to override certain sections of the charter for a period of five years.

“It’s not a small thing. It’s a big decision. But sometimes, in order to protect collective rights, we have to use it. I think we have to protect our collective identity,” Legault said, pointing out the clause has been invoked numerous times by different premiers.

“To separate religion and politics is important in Quebec.”

Still, a coalition of civil liberties groups says they plan to file a lawsuit in the Quebec Superior Court anyway, arguing that the Canadian Constitution overrides what Quebec just did with regards to church/state separation. Representatives of the province’s English school system also say they don’t have to abide by the law (a proposition the government rejects).

As someone who actively supports the separation of religion and politics, the concern has always been government interfering in someone’s ability to worship as well as religion being used to guide legislation. What this bill does is block personal expressions of faith even when they’re harmless.

No one is better off because a teacher can’t wear a headscarf or a police officer can’t wear a yarmulke. Imposing secularism will not lead to a unified country, especially at a time when religious minorities worldwide are frequently persecuted.

Making matters worse is how the government will make sure the law is being followed. (Prior to the new amendment, there was no penalty for those who didn’t obey the rules.)

At the last minute, the government added an amendment that would allow inspectors to verify that the law was being obeyed, prompting the opposition Liberals to rail against the creation of a “secularism police force.” A government spokesman called such a characterization “ridiculous,” saying the government was merely ensuring that the bill had powers of verification. Public employees who flout the law could also face disciplinary measures.

The only upside to this mode of thinking is that another motion was introduced to get rid of a large crucifix hanging in Quebec’s National Assembly, and earlier this year, it was unanimously approved. (Legault previously said he didn’t care if it stayed because he deemed it “historical” and not “religious.)

That change was a welcome one.

Bill 21, however, will create a slew of problems and provide plenty of ammunition for critics of church/state separation. Advocates have always been able to say they support religious freedom for all, even if we want to make sure the government remains secular. Forcing government officials like teachers and cops and certain lawyers to shed any outward indication of their religion goes far beyond what’s necessary to maintain a secular government — and it’s bound to fuel even more anger from people who already scream religious persecution at every turn. 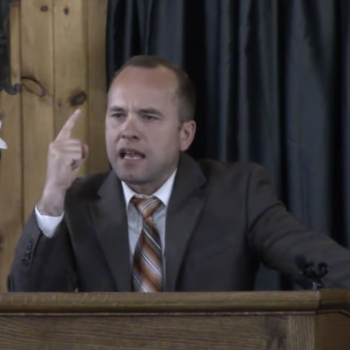 June 17, 2019
Christian Hate-Preacher Reiterates That Gay People Should Be "Six Feet Under"
Next Post 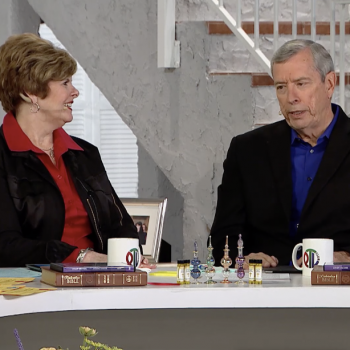 June 17, 2019 Christian Ministers: An Extra $5,000 Miraculously Appeared in Our Bank Account!
Browse Our Archives
What Are Your Thoughts?leave a comment