That’s why you may enjoy this instead.

Yesterday, during the second day of the event, a group of atheists held a protest near the church where the hate was being spread. Instead of arguing with the attendees — why bother? — they made it clear to anyone driving through the area that the godless defended LGBTQ equality. It was a stark contrast to the Christians in that church who were longing for the government to execute gay people.

The best part about that video is how the camera screens to show two separate protests on both sides of the street. You can see an account from the other one here.

There was one brief confrontation with one of the hate-preachers, Steven Anderson, but by and large, the story yesterday was about the protests. It helped that many of the attempts to livestream the conference on YouTube kept failing after the website stepped in to block the videos. (Update: A couple of the live-streams are still up as of this writing.)

Blocking hate works. Protesting hate also works. I’m grateful for all the people who spent their weekend offering proud, vocal support for LGBTQ people even as one angry group of Christians embraced bigotry.

(Image and video via David Williamson) 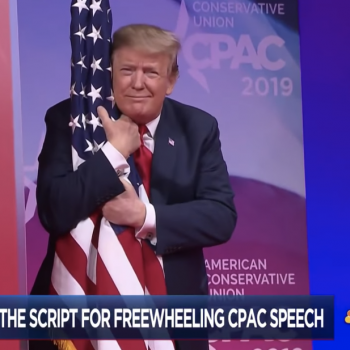 June 16, 2019
Trump, Who Has No Clue What the Flag Represents, Calls for Ban on Flag Burning
Next Post 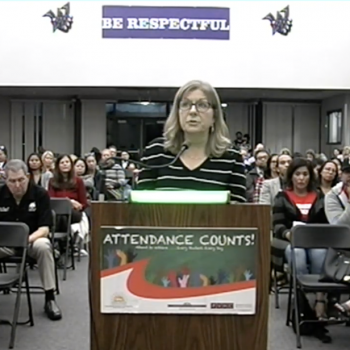