The annual meeting of the Southern Baptist Convention took place this week on the heels of multiple stories about how sexual abuse thrived in Southern Baptist churches. Making matters even more complicated is the fact that these churches effectively run independently; there’s no “Baptist Pope” who can force them to follow a certain set of rules. Within the faith, the most damning thing that the SBC can do is kick out a problematic church.

But having a culture where victims are taken seriously and defended, even when the abuser is a church leader, is one way to prevent many of the problems. And that’s why abuse survivors planned a peaceful protest outside the Alabama building where the annual meeting took place.

Among the changes they demanded were a centralized database of sex offenders among the SBC’s 47,000 churches, mandatory abuse prevention training for all Southern Baptist leaders and volunteers, and a solid commitment to respecting women. (The Houston Chronicle and the San Antonio Express-News created an SBC offender database as part of a major investigation into the denomination, but it’s telling that the database came from outsiders and not the SBC itself.) 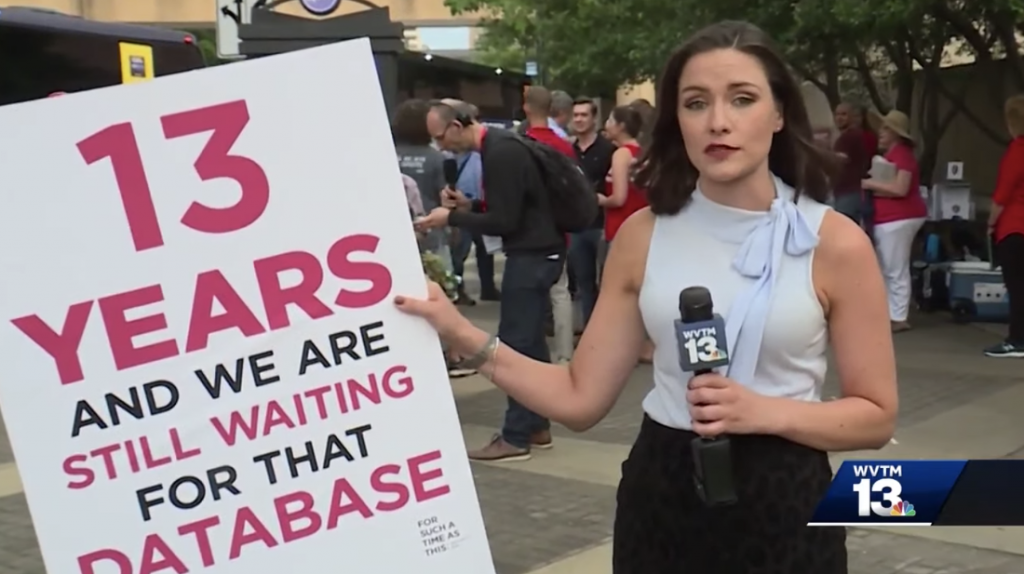 Then there was the display outside the gathering:

The group is bringing a large foam-board “millstone” to the rally, a reference to Jesus’ warnings in Scripture that those who harm children would be better off having a “large millstone hung around their neck” and drowning in the sea.

In a better world, those survivors would be inside the building, speaking, while the men in charge would take a seat and allow those other voices to be heard. There were some steps taken suggesting that the SBC will take abuse more seriously, but proclamations and resolutions aren’t as meaningful as actions. It’ll take more time to find out how seriously SBC leaders take this issue.

I’m not optimistic. When it comes to priorities, Southern Baptists tend to get more heated over debates about whether women should preach than how to prevent abuse cover-ups in their worship spaces. 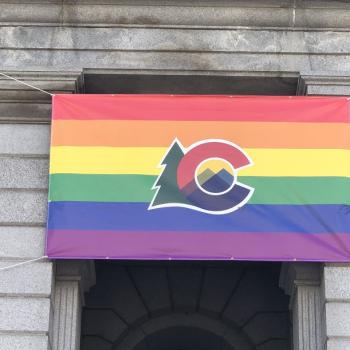 June 15, 2019 Colorado’s Governor Displays Pride Flag at State Capitol for the First Time
Browse Our Archives
What Are Your Thoughts?leave a comment