The all-white, all-male city council in Waskom, Texas voted this week to ban abortions within the city limits, calling themselves a sanctuary city for the unborn. (They have no love for people who actually need sanctuary, but fetuses, they’ll go all out for.)

Mind you, there are no abortion clinics in the far right (no coincidence) part of the state, but they also passed the ordinance to make sure no one sets one up for people escaping Louisiana, just minutes away, if its six-week abortion ban goes into effect.

Maybe you’re thinking: Isn’t an abortion ban illegal? Of course it is. But these are white men in charge. As we all know, the rules don’t apply to them. It’s not like they’re the ones who would be forced to give birth against their will.

Before the council unanimously passed the ordinance, the mayor warned citizens they will face a lawsuit which the city cannot afford if they lose.

The city attorney also warned that such an ordinance is unconstitutional.

Those behind the declaration say it’s all in an effort to make it to the Supreme Court in a challenge to Roe vs. Wade and win.

No lawsuit has been filed in responses yet, but if push comes to shove, they’re not worried because “God will take care of them.” (Which is a weird way to describe Brett Kavanaugh.)

Perhaps the saddest part about the vote was at the very end when the mayor looked at the crowd and told them to “Save your nickels and pennies… we may need them.” In other words, he’s telling a bunch of people who don’t have much money — and apparently no common sense or self-awareness — that they should save up to pay for a lawsuit that they know is coming. It’s like watching a slow-motion train wreck except the mayor is telling everyone to step on the tracks in advance, only to see everyone idiotically laughing in response. 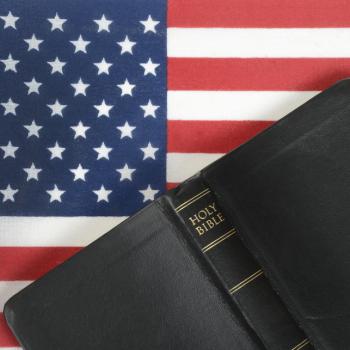 June 15, 2019
For Religious Conservatives, the Rules Only Matter When They Win
Next Post