On February 10, 2015, 46-year-old Craig Stephen Hicks walked over to an apartment near the University of North Carolina at Chapel Hill and killed three Muslims — Deah Shaddy Barakat (23), his wife of just over a month Yusor Abu-Salha (21), and her sister Razan Abu-Salha (19) — before turning himself in to the police.

On the surface, it appeared to be a hate crime. Hicks insisted, however, that this was a parking dispute that got out of hand. He said the victims were taking up too many spaces in their shared condo complex. He “overreacted.”

The religious differences were thoroughly examined, though. Hicks was a self-described “anti-theist” who posted a lot of memes mocking religion. While he wasn’t part of any organized atheist group, he “liked” several of them on Facebook and it was easy for the public to believe that the murders were motivated by some kind of anti-Muslim animus.

Yesterday, at long last, was the sentencing hearing for Hicks, who pleaded guilty to the murders long ago. Prosecutors said they were unable to prove this was a hate crime, which would have carried a harsher punishment, but the end result was, practically speaking, the same. (The death penalty was off the table.)

Hicks was given three life sentences, without parole, along with five more years for shooting into a building.

He’ll spend the rest of his life behind bars. He won’t get out. 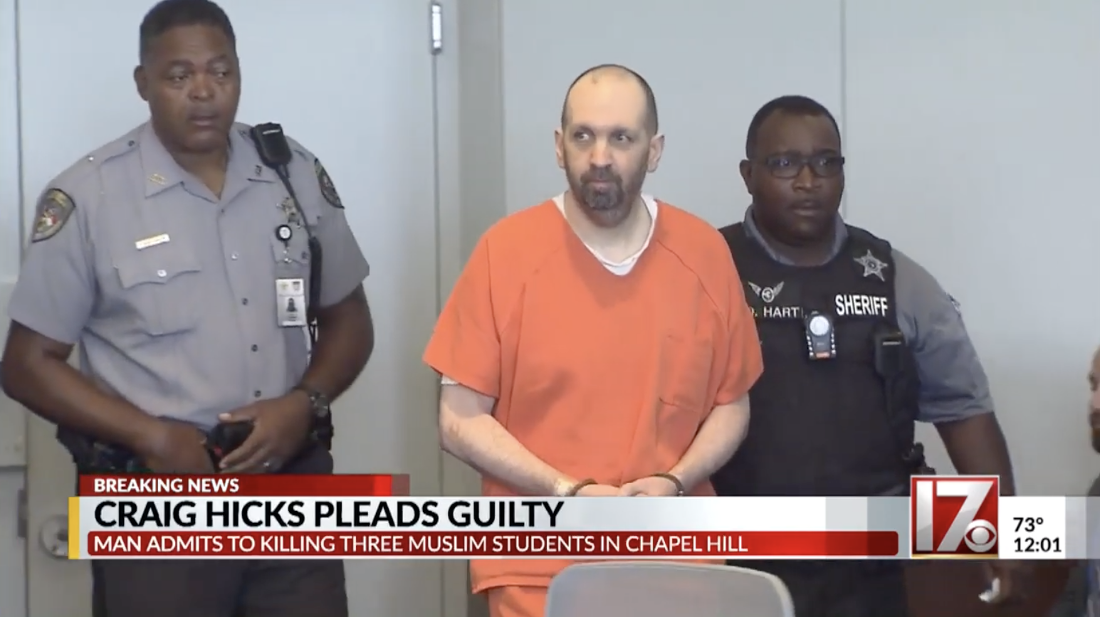 The hearing included a disturbing revelation, too: Barakat had taken video of the incident and it was played in the courtroom.

The video rolls as Barakat approaches the door to record the exchange with his often-seething neighbor. He hoped it could be evidence for a legal restraining order to keep him away, [attorney for the victims’ families Joe] Cheshire said.

With the victims’ parents and siblings watching, the video showed Hicks complaining Barakat and the Abu-Salha sisters were using three parking spaces. Prosecutors said that wasn’t true. When Barakat responded they were using no more spaces than condo rules allow, Hicks responded, “You’re going to be disrespectful towards me, I’m going to be disrespectful …” Hicks pulled a gun from his waist and fired several times.

The phone dropped. The sounds of women screaming can be heard, followed by several more shots. Then silence.

Truly heartbreaking. All the more horrifying to think the families saw that in the courtroom.

The families are upset that hate crime charges weren’t brought against Hicks, but that still appears to be the right call, at least legally. Criticizing religion isn’t hate on its own, and all the available evidence in this case suggested that the victims’ faith wasn’t the cause of Hicks’ rage.

None of that excuses his actions. He deserved to be punished for the rest of his life. Now he will be.

June 12, 2019
Pastor Who Works for TN Police Dept. Says Gays Should Be Executed By Police
Next Post 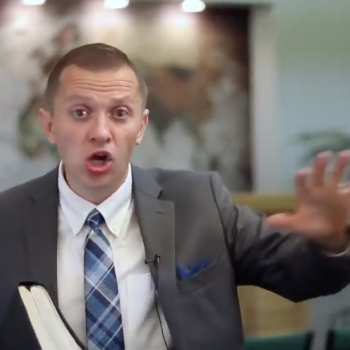 June 13, 2019 FL Sheriff's Office Says No to Christian Hate Group's Security Request
Browse Our Archives
What Are Your Thoughts?leave a comment