The Catholic school in Dearborn, Michigan made national news in 2018 after it said it would place a “modesty poncho” over girls who wore anything even remotely revealing at prom. The school’s theology teacher said the poncho was a way for everyone to focus on the girls’ “inner beauty and not draw attention to something that doesn’t need attention drawn to it.” Because, obviously, girls with curvier bodies are unable to display their inner beauty…

The school was roundly mocked for its awful attempt at slut-shaming and backed down on the poncho idea.

Well, they’re back in the news this week for the same kind of problem.

The students weren’t having it.

Afterward, about 40 girls protested the lesson by wearing paper targets on their uniforms and put up posters that read: “Instead of publicly shaming girls for dressing how they want, teach men not to over-sexualize women’s bodies.”

This statement was accompanied with a bible verse at the bottom from Matthew 5:28.

Students said school administrators threatened detention to those students who refused to remove the paper targets from their uniforms.

Matthew 5:28 is the verse that says “anyone who looks at a woman lustfully has already committed adultery with her in his heart.”

When the school finally released a statement over the controversy, administrators insisted no students were punished over the protests…

“Our students’ comfort, safety, and well-being are paramount to their experience at Divine Child High School, and we are taking all concerns seriously. To that end, we have discussed these concerns with some students and parents and welcome input from all of our stakeholders. School administration has no record of students being suspended, issued detentions or otherwise disciplined as a result of this situation.

“While we are confident in the message and value of the program, this input from our community has and will help us continue to improve our delivery of this important information to our students.”

I also wouldn’t put much faith into their promise to change. The input from the community didn’t seem to make a difference last year given that the school made the same mistake again. If they didn’t learn anything then, why would they start now?

I’ve seen some comments online urging the girls to go to a public school, but students who attend private Catholic schools don’t usually have a say in the matter. All they can do is push back against bad ideas. That’s what they did here. It’s just disappointing that the clever students, once again, have to educate the adults who don’t know any better. The wrong people are paying for an education.

June 12, 2019
E.W. Jackson: "The Rainbow Flag Is No Different Than the Confederate Flag"
Next Post 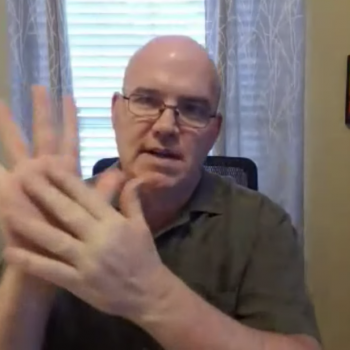