One of the best things about Christians breaking the law and promoting their religion in public schools is that they can’t stop publicly bragging about it, making it easier to stop.

A couple of weeks ago, the Pulaski County Schools in Kentucky invited Michelle Cooper of the AIM Pregnancy Support Center to speak with 8th grade health classes at Northern and Southern middle schools all about “sex, STDs and abortion.”

The problem is that AIM is a Christian organization. And even though Cooper is listed on the group’s website as a “Medical Team Supervisor,” she has no medical training. And she freely boasted about how she “was FREE to talk about how amazing God is! Minds were changed today concerning abortion!!!!” 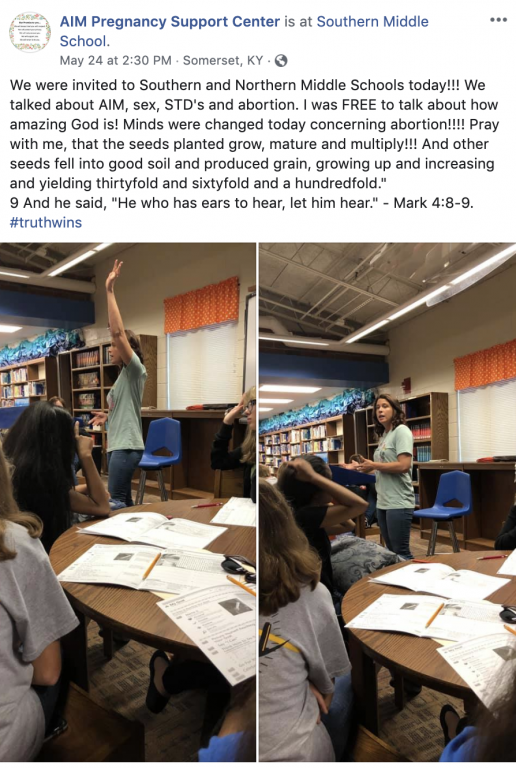 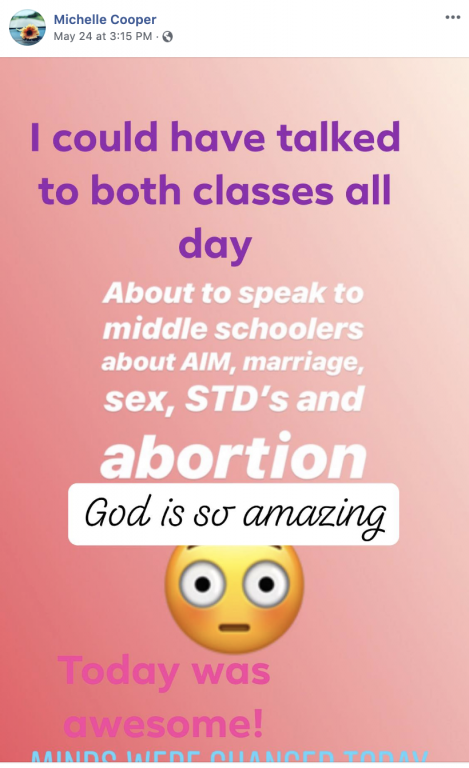 Now the Freedom From Religion Foundation is calling for more details about why this partnership occurred and demanding the District put a stop to it. No students should be taught about health education from an unlicensed ministry leader with no qualifications and a very clear right-wing agenda.

“Inviting a self-described Christian ministry to hijack public school health classes in furtherance of its evangelistic agenda is not only a grave injury to your students’ education, but a plain violation of the Establishment Clause of the First Amendment,” [FFRF Legal Fellow Colin] McNamara wrote to Superintendent Patrick Richardson.

FFRF also pointed out the troubling history of crisis pregnancy centers commandeering public schools to proselytize to students and the constitutional concerns with such tactics.

“Public schools exist to educate; CPCs like AIM exist to indoctrinate — by AIM’s own admission, they did not come to the district’s middle schools to teach sex education, but so that ‘minds would be changed concerning abortion,’” McNamara added. “The district can play no part in helping a private religious organization gain access to other people’s children to further their evangelism.”

“It is wildly irresponsible for these public schools to allow members of a faith-based anti-abortion ministry access to impressionable students,” said FFRF Co-President Annie Laurie Gaylor. “This infiltration of church dogma into Kentucky classrooms senselessly endangers the health of students and must stop.”

Incidentally, AIM isn’t even a healthcare provider. They offer pregnancy tests, ultrasounds, and a Bible Study. No medical professionals work there. Their stated goal is to offer “the gospel of Jesus Christ in both word and deed to men and women dealing with pregnancy.”

So, again, who the hell invited Cooper to speak? How could they do that without even glancing at AIM’s website? What an injustice for those children who had to sit though her sermon.

FFRF has requested all public records in association with this event so they can get to the bottom of how this charade got approved. 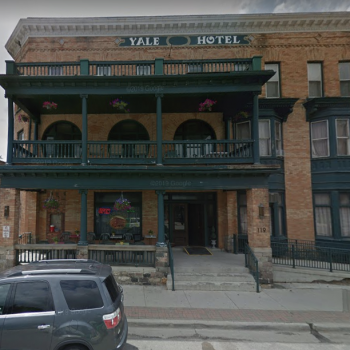