A Transgender Pastor Began an LGBTQ-Inclusive Church in Arkansas

What do you do when you grow up in the South and spend all your time in a Baptist church, only to realize as a teenager that you’re transgender?

In the case of Elijah Walker, he wasn’t ready to give up his faith. So recently, he began his own church, Solomon’s Porch, and centered it around LGBTQ inclusivity.

Not bad for someone in northeastern Arkansas.

This transgender pastor started his own church in the South — and half the congregation belongs to the LGBTQ+ community pic.twitter.com/2wiK0ZBCPI

“About half of the people in our church are LGBTQ,” he said. “The other half are straight cisgender folks that are allies to the community.”

Walker says that plans and aspirations for the church are forming everyday with prospects of a youth drop-in center as well as a food pantry.

It’s hardly a megachurch, but Walker has created a sanctuary for a number of LGBTQ Christians who felt they had nowhere else to go, much less a support network. Members see no conflict between their identities and their faith.

You don’t have to share their beliefs to see the value of all that. 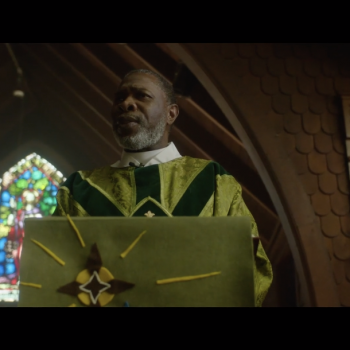 June 11, 2019
This Short Film Will Tell the Story of a Minister Who Stops Believing in God
Next Post