In case you’re not familiar with Phyllis Schlafly, the longtime anti-feminist activist who died in 2016 at the age of 92, count yourself lucky. She was the Religious Right rolled into one awful person in the 1970s, when she went on a crusade to block the Equal Rights Amendment.

She said we don’t need a female President because “Our greatest presidents have all been men… and they’ve been very good for our country.” She denied the existence of sexual assault within a marriage, saying, “By getting married, the woman has consented to sex, and I don’t think you can call it rape.” She claimed that teaching evolution in school was a problem because “childhood joy and ambition can turn into depression as children learn to reject that they were created in the image of God.”

And most famously, she insisted that requiring equal rights for women would be a travesty for the nation.

During Last Week Tonight, John Oliver included a bit on Schlafly as he explained why the ERA still hasn’t passed. Like history, he was not kind to her.

I can’t believe he didn’t even mention the pies. Schlafly was “milkshaked” long before they started doing it to right-wing politicians in Britain.

The segment was a reminder that, for decades, the Religious Right has been the biggest obstacle to social progress. By lying about the effect of legislation and demonizing progressives fighting for justice, they have made our country a sadder, more inhumane place. That’s what happens when you’re guided by a specific interpretation of the Bible and not common sense or reason. While Schlafly is dead, her imitators are everywhere and they have far more political power than they should. 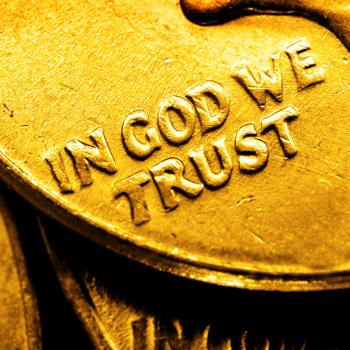 June 10, 2019
Supreme Court Rejects Atheists’ Case to Remove “In God We Trust” from Money
Next Post 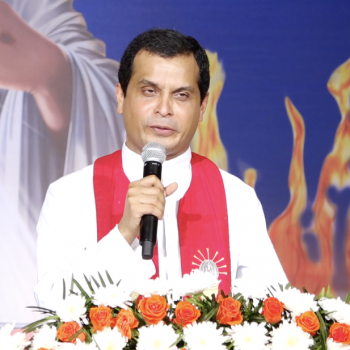