For more than a decade, Dr. Pauline Hoffmann has been on the faculty at St. Bonaventure University in New York, a job she enjoys and one that means a lot to her in part because she graduated from the school herself. While she was a student, she learned about Wicca and eventually declared herself a Wiccan.

None of this was a problem when she got the job and later became the dean of the school’s Jandoli School of Communication, a position she held for eight years.

It became a problem, however, when she attempted to work her way up the administrative ladder.

She first outed herself as a Wiccan in 2011 in an email to a colleague in order to give him a heads up since she was going to talk about her religious identity for the school’s student TV station. By 2012, the school’s then-Provost Mike Fisher asked her to “sign a document vowing to uphold Catholic values.” He added: “You might not want to be so overt about being a witch if you want to move up.” (It turned out she was the only person who had to sign that statement.)

Hoffmann now contends in a lawsuit that school officials denied her the chance to become a provost — a job she was fully qualified for — and asked her to resign as dean all because of that revelation. The man who got the provost job later told her the board of trustees wanted him to fire her to solve “the Pauline problem.”

Her gender may have played a role, too. Hoffmann says her contract as a dean was for only two years despite all the other deans (all of whom happened were men) having three-year contracts. They also made more money than her.

“It sounds like it’s not even a glass ceiling. They told (Hoffmann) there’s an actual, visible ceiling,” [Hoffmann’s attorney Richard] Perry said. “‘Here it is and you can’t pass it as long as you’re openly Wiccan.’”

She said that, out of fear for her job, she stepped down as dean in 2017 and that becoming a faculty member again appeared to cool tensions and ease officials’ alleged desire to fire her.

She still has her job. The problem is that she feels she’s barred from moving up to more prestigious and higher-paying jobs at the school because of her faith. Before filing the lawsuit, Hoffmann even contacted the U.S. Equal Employment Opportunity Commission with a discrimination complaint. The EEOC gave her a “right to sue” letter that proved she had “exhausted” all other remedies.

Hoffmann is now seeking lost wages and benefits, “damages for her pain, suffering, loss of enjoyment of life, humiliation and other injuries,” and medical costs associated with the stress and anxiety she had to deal with as a result of this whole debacle. She also wants her old job back, along with the pension, health care, pay, and workload it came with.

While this is a private school that could theoretically require faculty members to sign a statement of faith, they don’t do that. Instead, St. Bonaventure asks faculty members to accept the school’s values — which Hoffmann does. But because those values come under a Wiccan label, she believes she’s being punished for it, and she may well have a case.

On a side note, Hoffmann was recently given a local “Women In Leadership” award for her side businesses and did an interview with a local news channel. Check out the introduction to the segment, which aired in late April. The host, obviously reading from a teleprompter, says Hoffmann used to be a dean but is now an associate professor…

Hoffmann doesn’t say anything about that on air, but she knew this lawsuit was on the way, and that she had already contacted the EEOC… which is to say, watch her body language. You can tell she’s just dying to talk about the unfair demotion, but she remains stoic. She’s a professional the whole way through.

That was well done given what we know now. 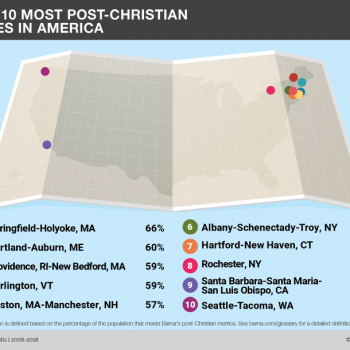 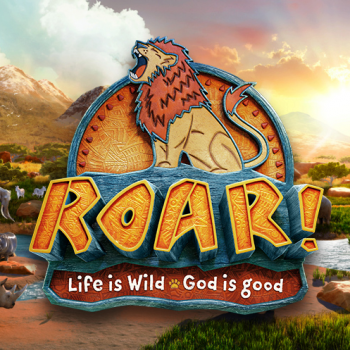