Anyway, that guy wants everyone to know there’s a simple way to determine if America is in his God’s good graces. He explained the test on TheDove TV’s “Focus Today”:

“I personally believe that Donald Trump’s election shows that God has given us a narrow reprieve,” he continued, “given us a little more time to turn back to him, to turn back to the God of our fathers before he sends even more judgment upon us.”

Kyle Mantyla at Right Wing Watch summarizes: “If a Democrat is in the White House, we are under God’s judgment, but if a Republican is president, then it is a sign of God’s blessing.”

In times of peace and prosperity, God hates us. But when He allows the nation to be taken into war under false pretenses and puts the most ignorant people in charge of everything, He loves us.

It’s hardly surprising that a man who “retired” as head of the Southern Baptist Convention’s Ethics & Religious Liberty Commission after saying people only talked about Trayvon Martin to “gin up the black vote” for Obama in 2012 still hasn’t figured out how to keep his mouth shut when he has nothing sensible to say. 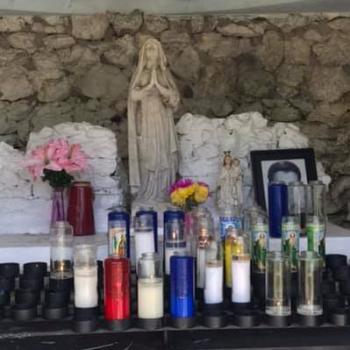 June 8, 2019 There Are People in Key West (FL) Who Think Their Prayers Block Hurricanes
Browse Our Archives
What Are Your Thoughts?leave a comment