In just over a week, Mindy Rackley and Kendall Brown will be getting married.

Next Thursday, they were planning to hold a rehearsal dinner at Madison’s Café in O’Fallon, Missouri… but when they called the restaurant to make all the necessary arrangements, the owner balked when she learned this was for a same-sex wedding. 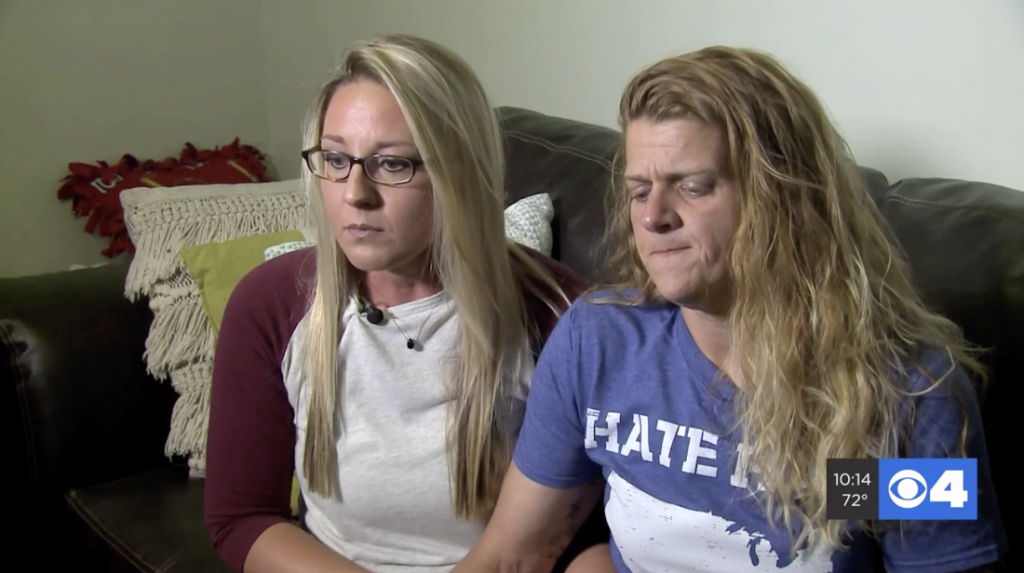 “She said, ‘your spouse is a woman?’ I said, ‘yes.’ She said, ‘I am sorry we are going to refer you to someone else because we don’t condone that kind of relationship,” said Kendall.

“It’s appalling to be treated any less than human by not serving me because we are women and are in a relationship. We feel less than human,” [said] Mindy.

The couple found another venue for their dinner, but that doesn’t mean people should ignore the bigotry of a business owner who turns away customers who happen to be gay. They wanted to pay for a service, not invite the owner to their wedding.

A glance at the restaurant’s website doesn’t offer any indication that gay couples aren’t welcome. Bigotry isn’t served on the menu. But Tom and Julie Kuhn do say “We will work with you to make your event uniquely personal.”

They need an asterisk next to that line.

The owners’ hate also led to a different restaurant with the same name to post a message asking visitors not to give them bad reviews.

Kudos to that restaurant for saying all the right things: “We do not discriminate — never have, never will.”

While the brides-to-be say they have no intention of suing over the matter, there could be grounds for a legal challenge since the Missouri Human Rights Act prohibits discrimination… though it doesn’t explicitly include sexual orientation on the list.

All the more reason to commence with the public shaming. It may be the best recourse.

On a side note, because the owners refuse to talk to reporters, we never learn about what’s motivating their bigotry. But I’ll give you one guess.

June 6, 2019
Please Support the Work I Do Through This Site
Next Post

June 7, 2019 IL Bishop: Catholic Lawmakers Who Passed Abortion Bill Can't Get Holy Communion
Browse Our Archives
What Are Your Thoughts?leave a comment