Conservatives Are Exaggerating a Supposed Abortion-Related Exodus from Netflix

Netflix is on the verge of going out of business.

At least that’s what one Christian website really wants people to think.

The “controversy” has to do with Netflix saying it might pull many of its productions out of Georgia, where it receives generous tax credits, if the state enacts its extreme anti-abortion law. (The law has already been passed, but it doesn’t go into effect until 2020, and that’s only barring legal challenges.) Other media companies like Hulu and Disney may go down the same path.

Now, a website called RedPetition is asking people to cancel their subscriptions to those services as a result of them even considering pulling out of Georgia.

… we are asking you to stand with us to stand up to the liberal agenda against families, and basic morality.

Every time someone signs up and fills out our petition, it automatically calculates your value as a customer, and your loss to media companies every single month. Calculating that average and posting the total on the front page for Netflix, Disney and others to see.

The result of that petition is this bizarre, constantly updating graphic that appears on the petition’s front page. It shows how much money these companies have lost so far based on what people said in the petition. 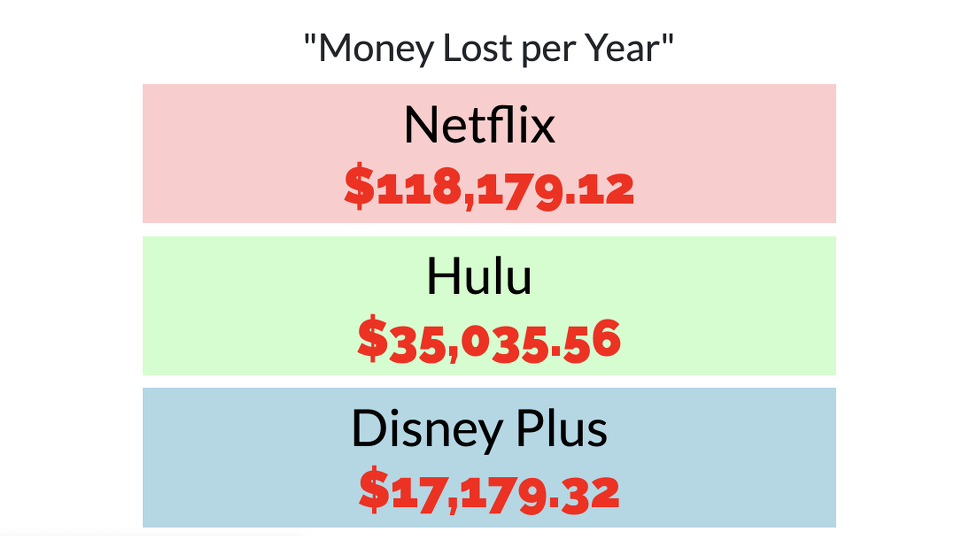 I’m sure Netflix is shaking in its boots wondering how it’ll pay for those two more seconds of Stranger Things… Executives are no doubt wiping their tears using hundred-dollar bills.

I’m especially shocked at how many people have canceled their subscriptions to Disney Plus considering it hasn’t even launched yet. (Update: While it’s not clear on the website, on the survey itself, the option for Disney Plus says “Please only mark this Disney Plus option if you intended to subscribe in November 2019 but have now decided to boycott.” That’s on me, and I screwed up. That said, it just underscores how these are intentions and not actions.)

But here’s what’s even more messed up than these conservatives thinking they’ll put a dent in any of these companies’ bottom line: They’re not even adding up money from real cancellations. They’re adding up the numbers when people say they’re going to cancel the services without asking people for confirmation that the cancellations actually occurred.

Hell, I filled out the survey and said I canceled my top-tier subscriptions to all three services. I didn’t cancel Netflix. I never had Hulu. I won’t get Disney Plus. They didn’t bother asking for proof. Why would they? Reality hurts the narrative they’re trying to create.

The minuscule “money lost” amounts on their page are also hilarious when you realize this is an image that appears in the promotional video for the campaign: 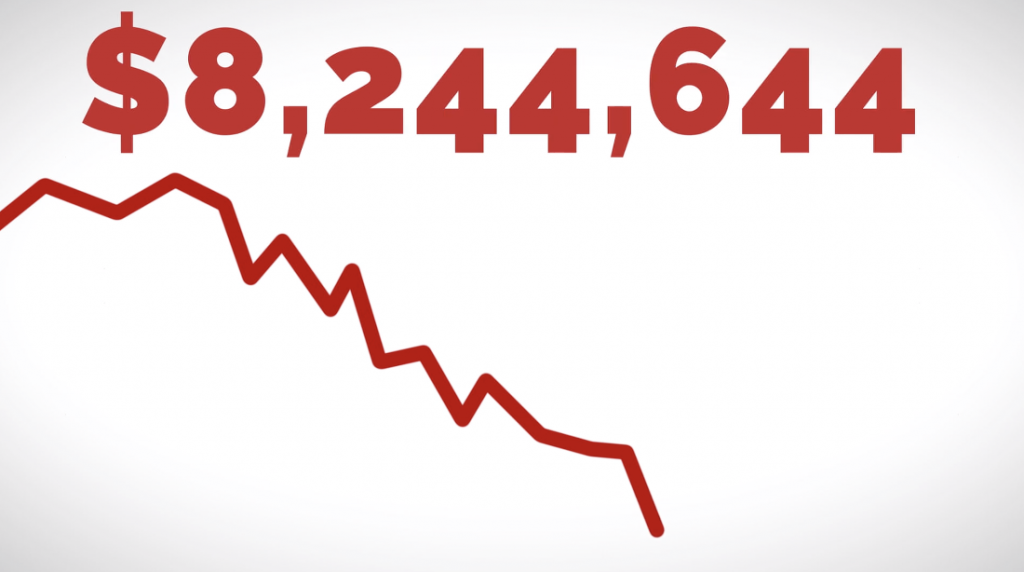 Netflix took in $4.5 billion in the first quarter of 2019. A few million dollars (and I’m being generous here) won’t make a damn bit of difference — certainly not when compared to the backlash it would get both inside and outside the company if productions continued in Georgia after the abortion ban goes into effect. The petition also doesn’t take into account how many people might sign up for (or upgrade) subscriptions because the companies are taking a stand against anti-choice legislation.

You would think the petition’s creator would admit some of that, but he’s fully ignorant about all of this:

The petition was the brainchild of pro-life advocate, Marcus Pittman.

“I started Red Petition because I felt like the conservative voice was not being heard,” he told Faithwire. “It’s one thing to sign a petition and just add your name to a list of other names, but I thought what really needs to happen is for that petition to calculate the value of all the customers who have or will cancel.”

Marcus added that people are increasingly “fed up with liberal media going against their values, and ignoring them,” noting that “what liberal media, and their stockholders can’t ignore is a massive loss of money.”

Sure. If that ever happened. But a petition that makes up numbers based off of self-reported data isn’t going to change anything in the Netflix boardroom.

Pittman doesn’t seem to understand that.

Pittman said that “over 300 people” have signed up sign up and cancelled Netflix in just one day.”

“And that’s just with our soft launch,” he added. “That’s $36,000 a year Netflix has lost just within my close circle of friends.”

There’s no way anyone has 300 people in their “close circle of friends.” (I doubt One Million Moms even has that many members.) And, more importantly, Pittman has no confirmation that all those people followed through and canceled their subscriptions. He’s lying when he pretends otherwise.

June 5, 2019
Church Leader Allegedly Raped Girls and Said Refusing Him Would Go "Against God"
Next Post