Don Boys (below) is the former Indiana legislator who thinks homosexuality is a crime worth a twelve-year jail sentence, that it’s not really rape unless the victim screams, and that Pete Buttigieg shouldn’t be president because gay men live 20 years less than “for normal people.”

And he’s ever-so-pissed that people like me are criticizing him for his bigotry.

In his latest whine (“I’m not whining”), he claims there’s nothing bigoted about saying something bigoted.

… The author [at Newsweek] suggests I was offensive because I mentioned that homosexuals don’t live as long as normal people. Well, that may be offensive but it is also a fact. However, most main stream journalists deal in fantasy, falsehood, and fiction — not facts. They have an agenda that must be disseminated without regard for reality.

Homosexuals die about 20 years earlier than normal people because their lifestyle is actually a deathstyle.

As usual, he doesn’t link to any citation. David Cary Hart attempted to figure out where Boys was pulling these numbers from, but even the best case scenario involves unpublished or discredited material.

Then we get to me.

… Hemant is right in calling me a Christian but completely wrong using the B word [bigot]. Evidently, he is infected with the virus that makes leftists lash out rather than support their position. Accusations are much easier to make than answers and argumentation. Hemant probably doesn’t even know he is infected. Tragic.

Finally, Hemant runs out of steam, takes a deep breath, wipes the foam from his quivering lips, and writes…

I don’t need to “lash out.” All I have to do to make Boys look bad is quote him directly. Everything else takes care of itself. Who knew quoting bad-faith, hate-based word vomit involved me foaming at the mouth?

On another note, Boys’ books and bios all append “Ph.D.” to his name. That degree comes from Heritage Baptist University, now known as Indiana Baptist College. Hart says the school has no accreditation, and I certainly can’t find any evidence of that either. His supposed degree should come with an asterisk barring further information. 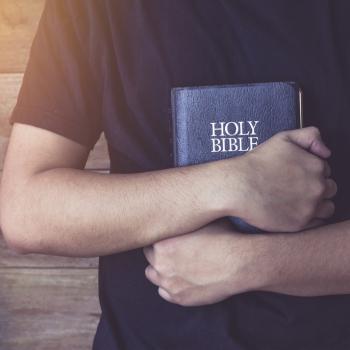 June 5, 2019
Alabama's Bible-in-School Bill Would Break the Law Before Classes Even Begin
Next Post 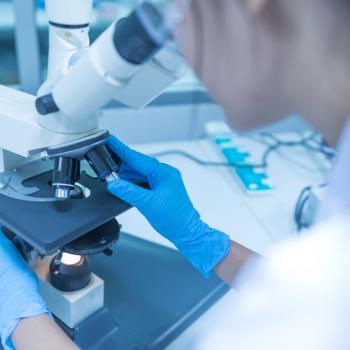