Catholic Priest: Women Must Cover Their Shoulders at Mass to Protect Male Purity

Another day, another Catholic leader saying something idiotic on Twitter, then doubling down on it.

This time, it’s Father Kevin M. Cusick, a former Lieutenant Commander in the US Navy chaplain corps, telling women to cover up their bodies to avoid offending the delicate sensibilities of men. 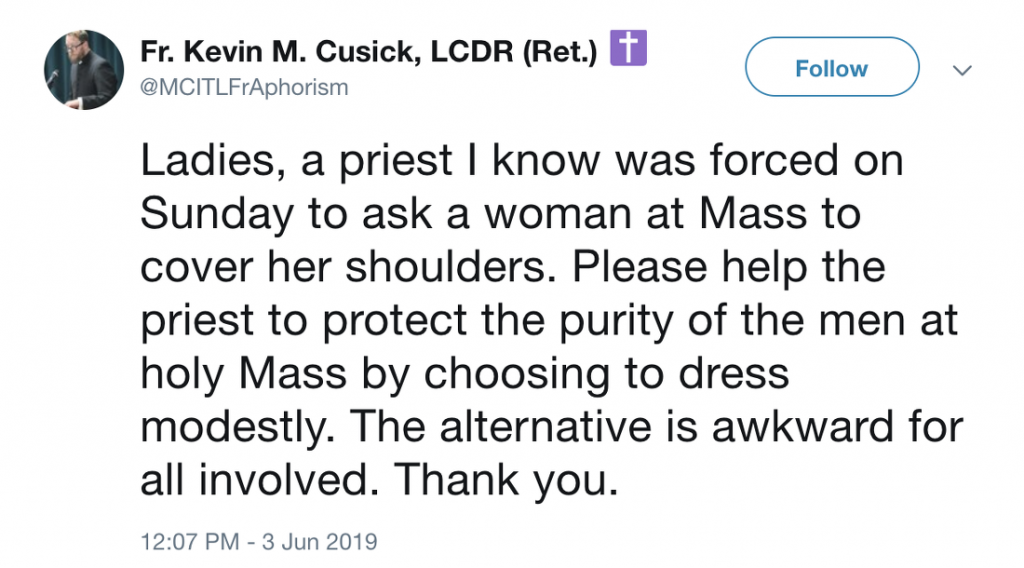 Those hussies. Next thing you know, they’ll show everyone some ankle. WHO KNOWS WHAT HAPPENS AFTER THAT?!

And forced? He was “forced” to?! By whom? What was going on during a service that everything had to stop until some woman covered up her slutty-slut-slut shoulders?

The responses, however, were excellent:

Father, I understand your organization is most comfortable covering things up.

And this is why I despise organised religion. A woman's shoulders are not provocative. Women's bodies are not grenades, liable to explode at any moment. Men's sexual/emotional/paranoid reactions to other people are entirely their own responsibility.

I love how men can’t control their own bodies and the solution is to control women’s instead. pic.twitter.com/bYUY3wf0bF

Actually, Jesus said if her shoulders are causing u problems, it’s on YOU, not her to fix the situation�

“If your right eye causes you to stumble, gouge it out and throw it away. It is better for you to lose one part of your body than for your whole body to be thrown into hell”

Something is really wrong in any religion that is more concerned with women wearing their shoulders out than priests sexually assaulting children. Make it make sense.

For his part, Cusick wasn’t bothered by getting ratioed and insisted he said nothing wrong.

By the way: I’m not backing down from this. I’ve thought about it, I’ve prayed about it and i’m not to going to engage in the endless Vatican II style debate that goes back-and-forth constantly and ends up nowhere.

The lesson is clear: Catholic women should just wear a burqa, or maybe full body armor, when attending Mass. Do it for Jesus.

Or perhaps women should just walk out of the Catholic Church for good. That way priests would never have to look at their naked shoulders at all.

***Update***: Cusick has responded to the backlash with this weird tweet comparing the backlash he’s receiving to… Jesus. 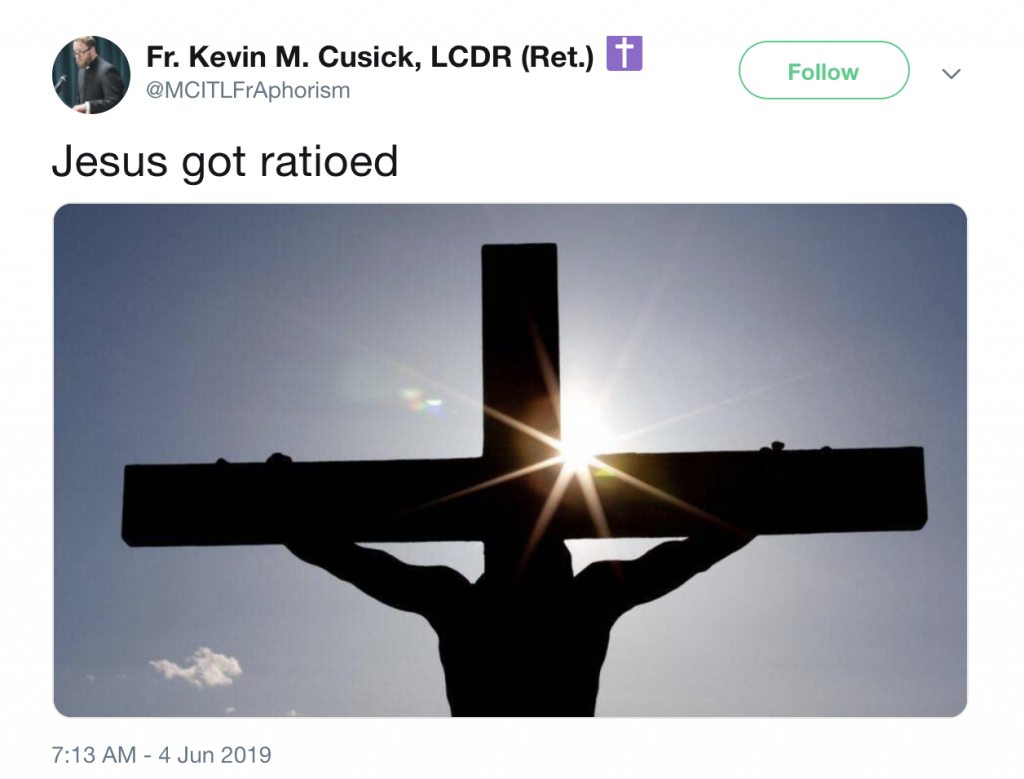 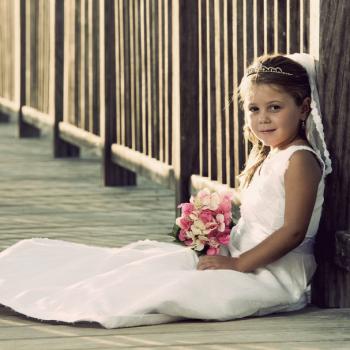 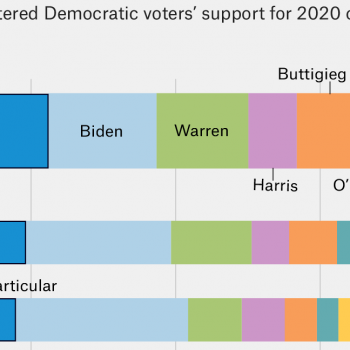