Ex-Christian on White Evangelicals: Trump Has Turned Their Faith “Into a Cult” June 3, 2019 Hemant Mehta

Ex-Christian on White Evangelicals: Trump Has Turned Their Faith “Into a Cult”

It is always a treat to watch Frank Schaeffer vent about the Religious Right on national TV.

Schaeffer and his father Francis are as responsible as anybody for helping create the modern Christian Right. But Schaeffer has long been disillusioned by how white evangelicals have turned their faith into nothing more than an extension of the Republican Party.

Yesterday, on AM Joy, Schaeffer condemned greedy televangelists like Kenneth Copeland, Christians dismissing the faith of Democrat Pete Buttigieg, and the evangelical embrace of Donald Trump.

Here’s Schaeffer on the televangelists who say they need private jets to do their work as well as evangelist Franklin Graham, who led a day of prayer for Donald Trump over the weekend.

… I knew these guys. I grew up with Franklin Graham. He used to visit our house. So we go way back. And you have to look at Franklin and Copeland and these other people as opportunists who are out for power, out for money, and they are the same sort of con artists, when it gets to their basic genetic structure, as the president of the United States. They understand each other.

So when you look at what Franklin is doing, this is a fundraising opportunity for him, period. These “days of prayer” are nothing more than that.

Here he is talking about Buttigieg:

… When you look at the quality of [Buttigieg’s] Christianity, if two lines were forming, and one looks like religion, and the other like a theme park, he’s the man with the authentic Christ-like demeanor, the kindness, reaching out, the compassion, the religious tolerance, and the rest of it.

So it’s a triple irony here. That’s where we’re at. Religion is a fiasco in America today when it gets to these big-buck politically connected evangelicals, and this is just the latest manifestation of that. These are flakes.

And finally, here he is on the hypocrisy of white evangelicals:

Well, the fact of the matter is, the evangelical Christians in this country of color, and evangelicals who are more progressive, unite in not only opposing Donald Trump but in representing the kind of compassionate Christianity that is revolted by children in cages, is revolted by the overt racism and the call to white nationalism. Sadly that is not the Trump voter.

They no longer see President Trump as a political figure to be judged like other political figures. They’re wandering around not only doing days of prayer for him like Franklin Graham, but saying that he has been brought by God to America to save America, in order to do everything from recognizing the American embassy in Jerusalem so Jesus can come back to closing down every abortion clinic and making women’s choice go back into the 1950s — not even in the 1960s and Roe v. Wade in the 70s.

This is a program of authentic theocracy that is far more like Trump’s friends, the Saudi Arabians, than it is to do with anything traditional about American religion.

Like I said, always a treat to hear. The words are sharp, but the criticism he dishes out is well-deserved. If only more white evangelicals — the ones who remain in the church — had the ability to recognize what Schaeffer sees all too clearly now that he’s on the outside. 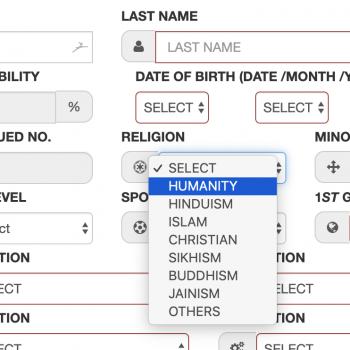 June 2, 2019
A College in India Is Letting Applicants Select "Humanity" as Their Religion
Next Post 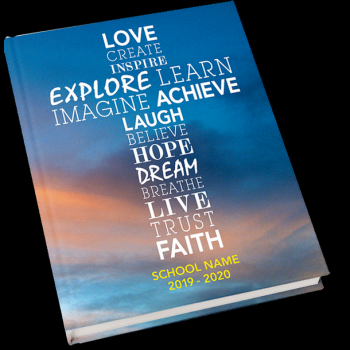