Invocation Speaker: God Must Punish IL for “Destruction of the Innocent Unborn”

Late last night, the Illinois Senate followed the lead of the State House and passed the Reproductive Health Act.

With Governor J.B. Pritzker saying he plans to sign it, the Democratically controlled state will soon allow abortions without restrictions no matter what the Supreme Court chooses to do. It’s a huge victory for women’s rights — and for women in neighboring states who may soon need to travel to Illinois for the procedure because it’s banned where they live.

Pastor Cory Musgrave of the New Beginnings church opened the day with this despicable prayer:

… You see everything. Lord, you have told us those things which you hate, and among them are hands that shed innocent blood. I stand here in this House, in this high place in Illinois, and ask you, oh God, creator of Heaven and Earth, if there is any blood more innocent than a baby that is wonderfully being created in the womb.

God, those unborn children are not hidden from you. The Psalmist David exclaimed, “You made all the delicate inner parts of my body and knit me together in my mother’s womb. Thank you for making me so wonderfully complex. Your workmanship is marvelous. How well I know it. You watched me as I was being formed in utter seclusion, as I was woven together in the dark of the womb. You saw me before I was born.”

So, God, we have made our appeals to the leaders of Illinois this week on behalf of those innocent babies who do not yet have a voice. We have been a voice for those who cannot speak for themselves as You have commanded us. Those appeals were denied, but we have one final appeal left, and that is to the courts of Heaven.

God Almighty, I make an appeal to Heaven today, to You the perfect judge, the One who presides over Heaven’s court.

I ask you to rise up, oh God, and judge Illinois for the sanctioned destruction of the innocent unborn. For when Your judgments are in this state, the inhabitants of Illinois learn righteousness. In this House, I pray for justice to roll down like water and righteousness like a mighty river. In Your judgment I pray that You would remember mercy, for we know that You, oh God, do not want anyone to be destroyed.

Instead, Cory Musgrave and Darren Bailey want to play doctor because they think they deserve control over millions of women in Illinois. Thankfully, the state is not their church, and their God was nowhere to be found when all the votes were in.

This is yet another example of what state legislatures — especially those controlled by Democrats like in Illinois — should get rid of the invocation practice altogether. It serves no purpose and it creates chaos especially when Christian speakers use it to promote their personal agenda instead of inspiring all legislators in a general way.

(via Capitol Fax. Image via Facebook. Thanks to Brian for the link) 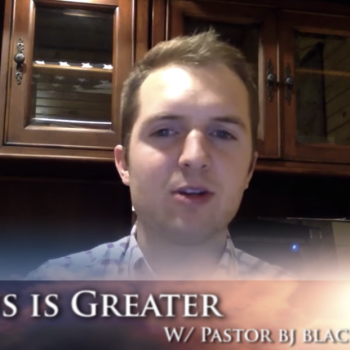 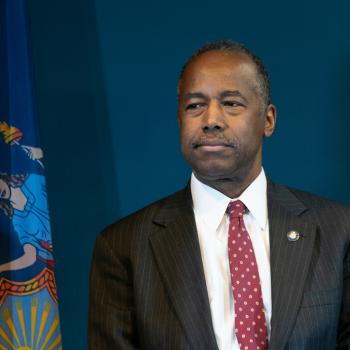