Illinois State Rep. Darren Bailey has a long list of horrible legislative accomplishments. He’s opposed a plan to allow the state’s Medicaid program to cover sex reassignment surgeries for transgender citizens. He agreed that if the contributions of LGBTQ people were included in history classes, then we should also teach heterosexual history. When he sponsored a bill to put “In God We Trust” in every public school, he openly admitted his goal was to push religion in classrooms. And on top of all that, he’s an anti-vaxxer.

It’s hardly surprising, then, that he opposes a bill sponsored by the fantastic legislator Rep. Kelly Cassidy that would make Illinois one of the most progressive states when it comes to women’s rights surrounding abortion care. That bill passed the State House yesterday on a 65-40 vote, and the rest of the steps are all but a formality at this point.

In a video posted to Facebook yesterday, Bailey denounced the bill that would involve “murdering babies,” proving he doesn’t know the definition of either word, and trashed the notion of church/state separation along the way.

… we heard some interesting debate. I even heard a representative that calls himself a reverend stand up and, you know, didn’t bring life into the issue. Didn’t bring creation into the issue. But he brought separation of church and state. We sit here everyday and open up our day with prayer, yet he has the gall to bring up separation of church and state…

… It’s a sad day for Illinois. So I look forward to the days of Illinois rising at their citizens standing up and saying we’ve had enough.

Notice how he dismisses the very idea that the Democratic legislator he’s talking about could possibly be a reverend because he spoke to the importance of following the Constitution instead of using his faith to dictate when women should give birth. The only true religious leaders, in Bailey’s mind, are the ones who think exactly like him. Or don’t think, I should say.

He also doesn’t realize that he’s basically giving us more reason to eliminate invocations in state legislatures altogether. As we’ve seen so many times before (like with the phrase “In God We Trust”), as soon as you let conservative Christians get away with inserting religion in the public square in a seemingly innocuous way, they’ll always use that as a stepping stool to do more faith-based damage. Bailey is perfectly fine forcing women to give birth using his religion as justification. After all, they say prayers to open legislative sessions, so there.

Thankfully, in Illinois, ignorant people like him are in the minority. If only we could say that in every other state.

(Thanks to Jasper for the link) 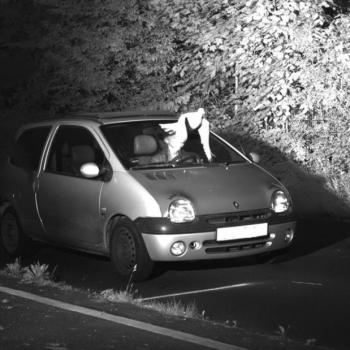 May 29, 2019
German Police Make "Holy Spirit" Jokes After Bird Gets in Way of Speeding Ticket
Next Post 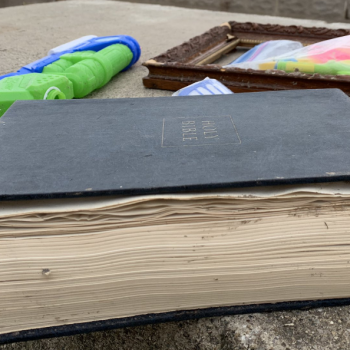