A 16-year-old student at the Bergen Arts and Science Charter School, a public school in New Jersey, recently painted a mural on a pole in the cafeteria depicting support for the LGBTQ community via a rainbow heart and gender symbols that are interlocking in different ways. 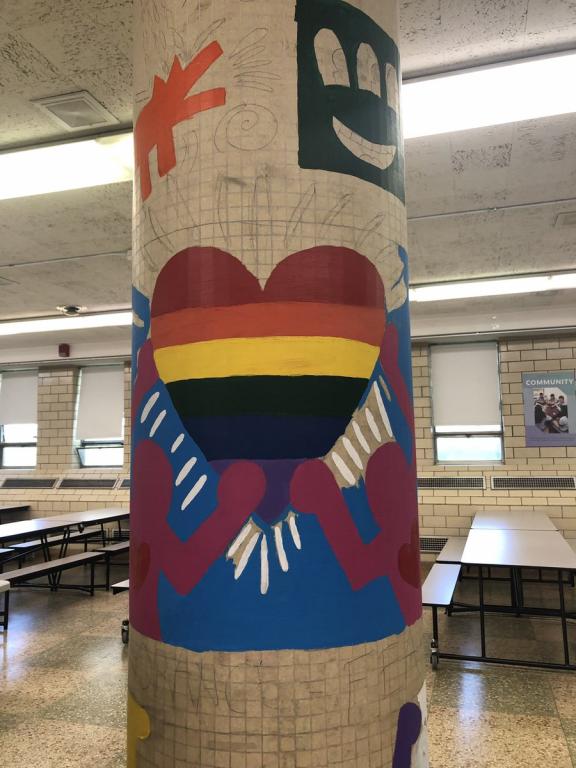 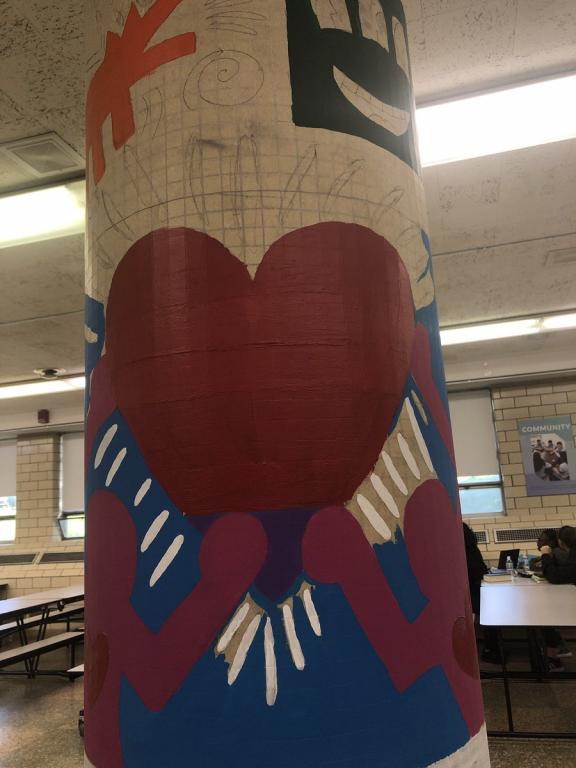 The question now is whether the Church is within its rights to make such a request. The lease agreement certainly suggests as much.

A lease agreement for the school includes a stipulation about Catholic values. “Due to the Catholic nature of the Landlord, Tenant promises to conduct no affairs or establish any organizations that would be contrary to its Catholic moral values, ethics and faith,” the lease states.

[Holy Trinity Church Rev. Paul] Prevosto said that, per the lease, anything “that would be contrary to our Catholic sensitivity should not be displayed or seen.”

Even under Catholic rules, though, that request made no sense. While the Church opposes LGBTQ rights, they claim to love LGBTQ people, and this artwork was about love. It wasn’t offensive. It wasn’t graphic. What exactly did the Catholic Church have a problem with? We never find out. Also, by their logic, this school can’t teach comprehensive sex education because birth control of any kind runs contrary to Catholic beliefs. Is this a public school or a Catholic school by another name?

The student whose artwork was destroyed has the same questions:

So…my school’s owned by a Catholic Church and they want me to take down my Keith Haring mural that supports the LGBT community. They think it’s inappropriate and wrong for a school setting. I’m heartbroken and I really never thought this could actually happen. Please help 🙁 pic.twitter.com/A4zrR39J5M

(Keith Haring is a muralist from the 1980s whose work the student was imitating.)

UPDATE!! My art teacher was forced to paint over the rainbow heart. FORCED, by my administration. This school is infringing on my rights just as much as the church now. A public school is complicit in discrimination. pic.twitter.com/figrw2NGlR

Plenty of local civil rights groups have issued statements in defense of the mural and this weird-and-possibly-illegal relationship between the charter school and the Church.

“It is offensive, unconscionable, and flatly unconstitutional for this church acting as a for-profit landlord to restrict a public school’s curriculum or censor student speech within those walls. This type of hate-fueled bigotry is precisely why New Jersey needs LGBTQ-inclusive curriculum to promote acceptance and understanding,” said Garden State Equality Executive Director Christian Fuscarino in a statement.

For its part, the Archdiocese of Newark says stories about this incident have been “grossly misrepresented,” but their own statement suggests the reporting is correct.

If painting any mural was a problem, then they might have a point. But the instructions called for only certain symbols to be changed, meaning the problem is the Church’s bigotry. If this whole controversy teaches us anything, it’s that the Catholic Church is no place for LGBTQ people and anyone who cares for them. Kudos to the student for bringing that fact to public attention.

May 28, 2019
Evangelist Franklin Graham Calls for Prayers to Protect Trump from His "Enemies"
Next Post

May 28, 2019 This Is What We Lose When Churches Go Out of Business
Browse Our Archives
What Are Your Thoughts?leave a comment