Evangelist Franklin Graham Calls for Prayers to Protect Trump from His “Enemies” May 28, 2019 Beth Stoneburner

After last week’s failed bipartisan meeting to discuss infrastructure, House Speaker Nancy Pelosi said she would be praying for Donald Trump. Naturally, since Democratic prayers aren’t worthy enough for the Religious Right, evangelist Franklin Graham said over the weekend he wanted all Christians to really pray for Trump and defend him against his “enemies.” By which he apparently means anyone who attempts to challenge or investigate him.

Specifically, Graham said that Sunday, June 2, will be a “special day of prayer” to “protect, strengthen, encourage, and guide the President.”

Even for Graham, it’s quite a stretch to come off as someone who cares about the office of the president and not the Republican who’s in it. After all, when President Obama faced all kinds of obstruction and demonization — including burning effigies and racist slurs — Graham didn’t set aside a special prayer day for him. His prayers during the Obama years only ever involved praying for him to pass conservative policies.

Nothing in the call to prayer calls Trump to repentance for his many lies, for his support for ruthless dictators around the world, for his obstructions of reasonable Congressional oversight, or for the authorization of cruel treatment of asylum seekers at the border. The Scripture used by Franklin Graham as foundation for the event calls on Christians to pray for kings and those in authority. In our system, that includes the president, but it also includes Congress. The House Democrats are trying to exercise oversight but are being thwarted by Trump and his supporters. I pray for the investigators to continue having victories in the courts. Republicans once believed in the rule of law. Now they believe in protecting Trump. Just what is it that Graham and his court evangelicals want us to pray about when it comes to the subpoenas?

The only way this day of prayer would be useful is if Graham called for it on Election Day, 2020. By all means, pray all you want that day. Pray for long periods of time. Gather everyone you know to pray for Trump that day. Just do it while the rest of us vote. 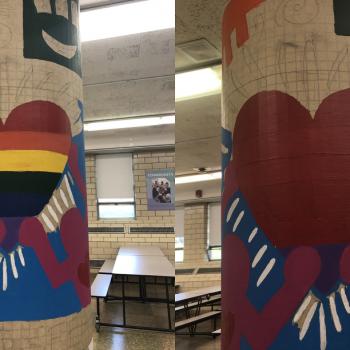