Pope Francis Says, Again, That Getting an Abortion is Like Hiring a “Hitman” May 26, 2019 Hemant Mehta

Pope Francis Says, Again, That Getting an Abortion is Like Hiring a “Hitman”

Last October, Pope Francis compared getting an abortion to hiring a “hitman.” It was cruel. It was heartless. It was widely criticized.

So of course he did it again.

Speaking at a Vatican conference just as Republican-dominated U.S. states are passing laws banning abortion with few, if any, exceptions, the pope reminded the world that the Catholic Church is more interested in spreading its harmful dogma than helping people who may be struggling. 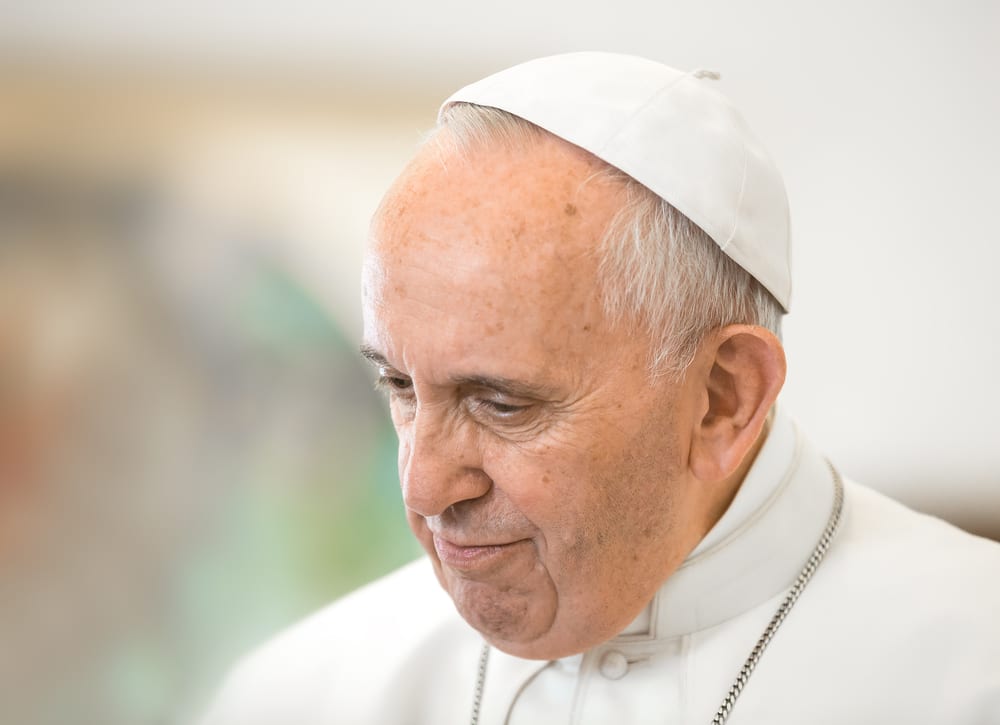 A decision to abort based on medical information about an ill fetus amounted to “inhuman eugenics,” he said, and denied families the chance to welcome the weakest of children. He argued that using abortion as a mode of “prevention” could never be condoned, and that such a position had “nothing to do” with faith.

“Human life is sacred and inviolable and the use of prenatal diagnosis for selective purposes should be discouraged with strength,” Francis said.

It’s hard to take the pope seriously when he speaks about the sacredness of human life when he oversees the largest criminal enterprise in the world, responsible for sexually abusing or covering up the sexual abuse of thousands upon thousands of child victims. There’s also the scandal and corpses associated with the Magdalene Laundries. There’s nothing “pro-life” about the Catholic Church when you consider how many lives they ruin because of their irrational bans on birth control and other forms of contraception. Their problem isn’t abortion. Their problem is sex.

The “hitman” allegation is especially absurd when you consider how naturally occurring miscarriages also result in the “death” of a fetus. (God must run the damn mafia, then.)

If Pope Francis thinks abortion is murder, he should start promoting sex education, birth control, condoms, and everything else the Church opposes that would actually reduce the number of abortions. Instead of doing those things, he’s equating women who choose not to be pregnant to people who callously kill strangers for cash. He’s worried about hitmen, but he’s perfectly fine forcing rape victims to give birth against their will.

This is what happens when you lack the compassion to understand what women in that position are dealing with and refuse to educate yourself on the problem. Whatever goodwill Pope Francis ever had, he seems all too eager to squander it away. 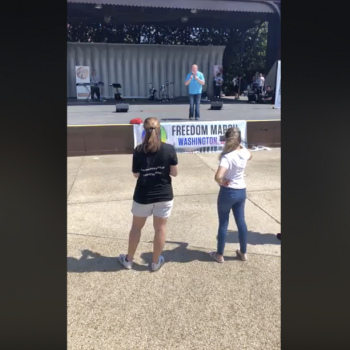 May 26, 2019
Once Again, Tens of People Show Up to Christian Anti-LGBTQ "Freedom March"
Next Post 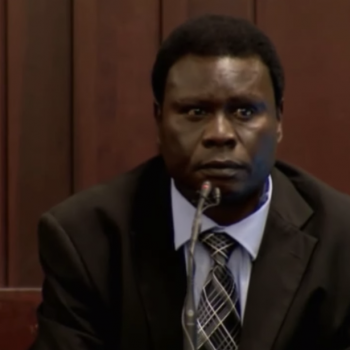