Once Again, Tens of People Show Up to Christian Anti-LGBTQ “Freedom March” May 26, 2019 Hemant Mehta

Once Again, Tens of People Show Up to Christian Anti-LGBTQ “Freedom March”

Yesterday was the second annual “Freedom March” in Washington, D.C., celebrating former LGBTQ people who claim they changed their sexual orientation or gender identity. One of the repeat speakers was a survivor of the Pulse nightclub massacre who says he’s now straight thanks to Jesus.

Once again, it looked like tens of people showed up.

These are screenshots I grabbed from various points in the event. 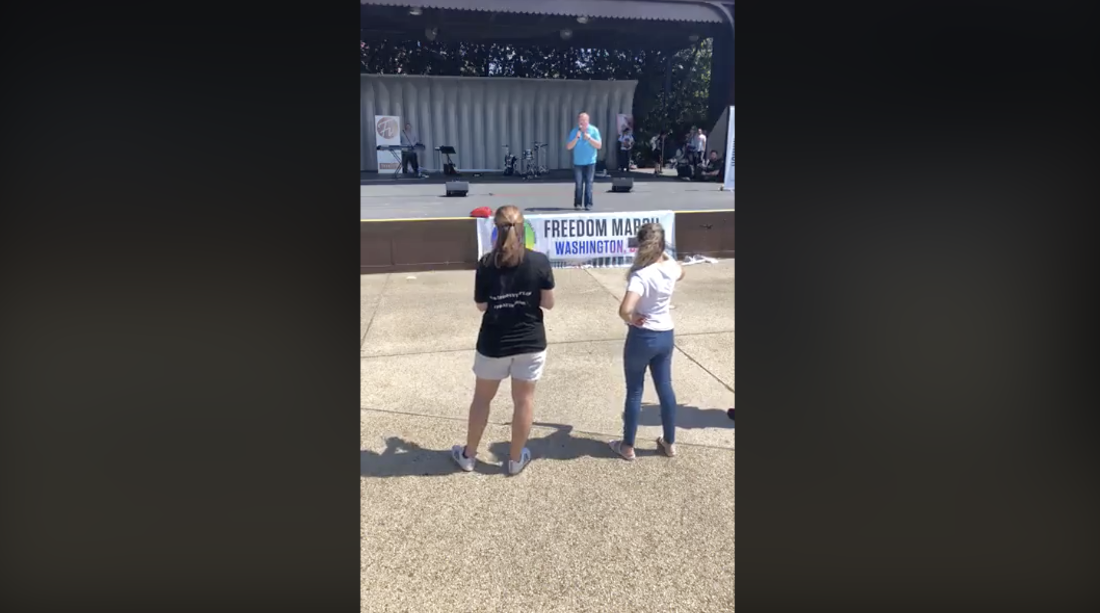 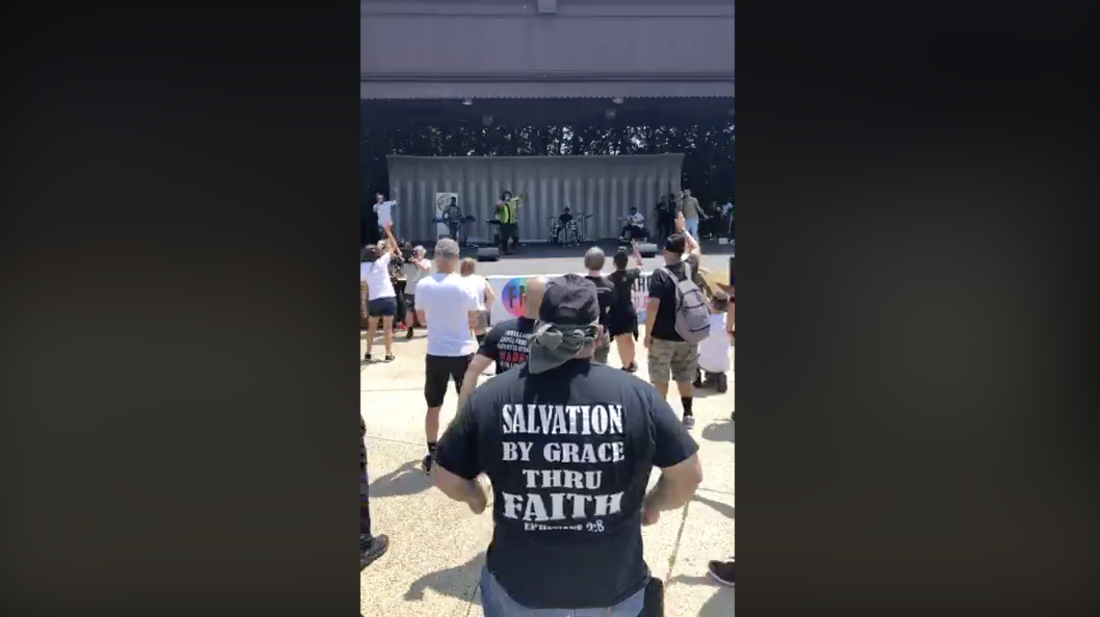 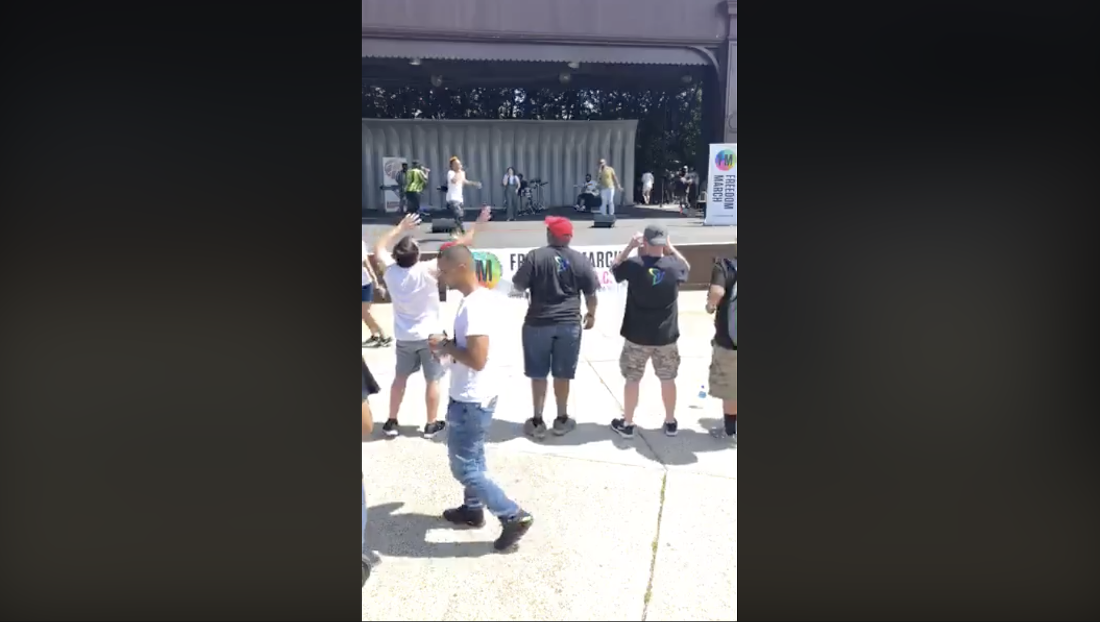 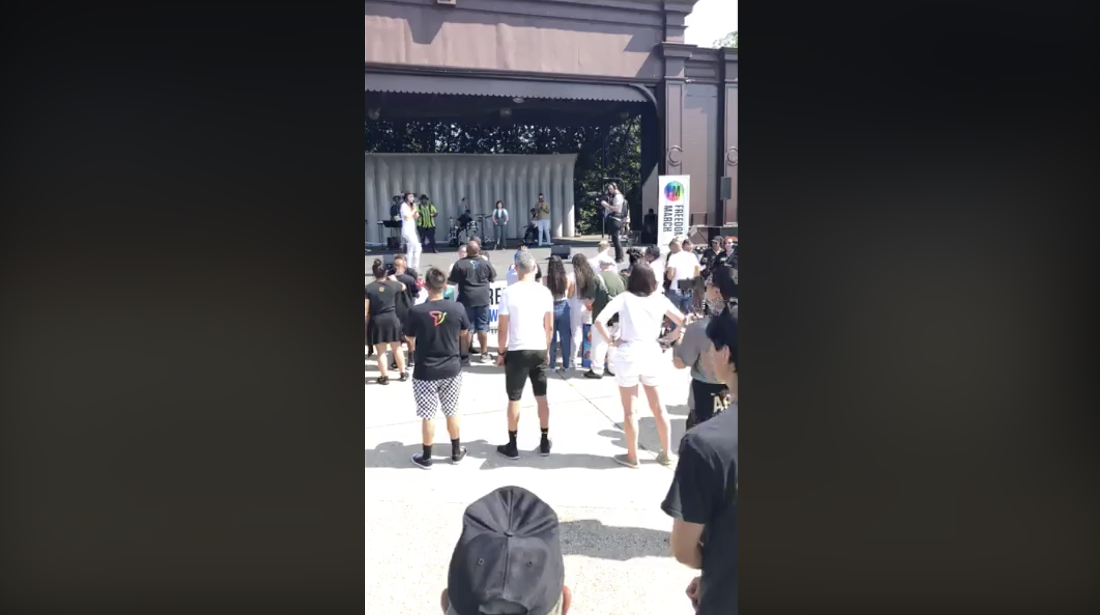 Even if you give them the benefit of the doubt, the crowd size is hardly noteworthy. Here’s a picture from the Pulse survivor’s Facebook wall:

That’s a lot of repressed sexual desire in one picture…

There are two more marches scheduled for St. Paul, Minnesota and Orlando, Florida. At this rate, they may soon hit triple digits… though that’s assuming everyone there is a former LGBTQ person and not a reporter trying to document the pathetic attempt to delegitimize actual LGBTQ people… or protesters.

I would urge anyone taken in by this attempted rally to check out what Julie Rodgers wrote in the New York Times last year. She underwent “conversion therapy” — the “we can turn you straight” procedure endorsed by the Christians at this rally — when she was in her 20s, and she knows firsthand the kind of damage it can do.

I attended several of my gay friends’ weddings to people of the opposite sex, and I sat across from them years later when they grieved over the end of their marriage. They might have changed the way they identified, but they felt a longing for intimacy with someone of the same sex that simply could not be met by their spouses. Some white-knuckled their way through the rest of their lives in these marriages, often with secret hookups that left them deeply ashamed, sometimes suicidal. Others eventually ended their marriages, and they despaired over the pain they caused their spouses and children.

These stories never show up in the short videos on ex-gay ministries’ websites. Ex-gay organizations create emotional short films with earnest young people who talk about hope and redemption, and then they quietly remove the videos when these very same people come out years later with the truth about themselves that they tried to suppress. In fact, that’s what happened to me.

You won’t find much compassion in that crowd for people like Rodgers.

(Portions of this article were published earlier, because the march was equally as unimpressive as last year.) 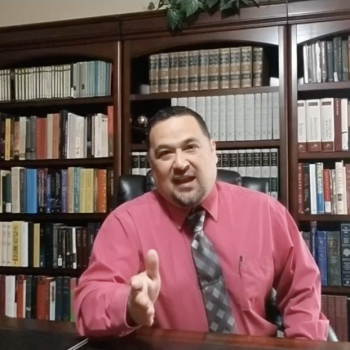 May 25, 2019
Sex Offender Pastor: It's "Unbiblical" for Southern Baptists to Punish My Church
Next Post