On Thursday night, a group of people gathered in Washington state to raise money for their campaign to create Liberty, a 51st state specifically made for conservative Christians.

Liberty would span several states in the Pacific Northwest: 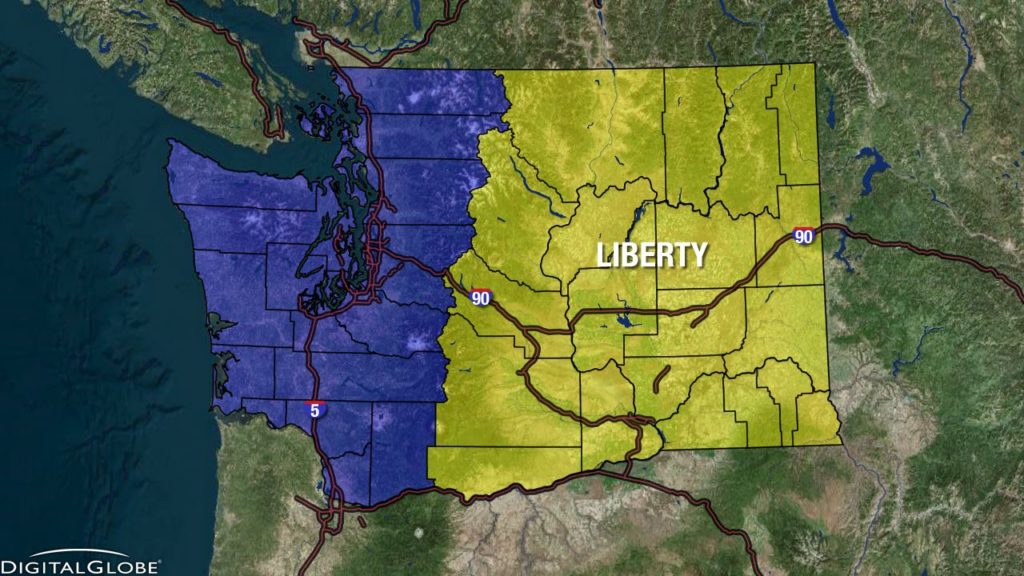 Shea was at the fundraiser… which was really not much more than a literal bake sale. What’s scary is that he wasn’t the only politician there.

The lineup of speakers included Shea, a Spokane Valley Republican who has championed the Liberty State movement; Spokane City Councilman Mike Fagan; Spokane City Council candidate Tim Benn; and Loren Culp, the police chief in Republic, Washington, who made national headlines when he pledged not to enforce a controversial gun control initiative that voters passed in November.

County Prosecutor Larry Haskell, former Treasurer Rob Chase and gun activist Anthony Bosworth also were in attendance, as were Barry and Anne Byrd, who lead the Marble Community Fellowship in northern Stevens County. (In 1988, Barry Byrd helped pen a Christian Identity manifesto that referred to Jews as “anti-Christs” and condemned interracial marriage, though the Byrds have since tried to distance themselves from racist ideology.)

Before you call them extremists, though, at least listen to what Shea’s legislative assistant Rene’ Holaday said:

[Holaday] said supporters of the 51st state idea were bound by a common sentiment: “It’s either going to be bloodshed or Liberty State.”

Okay, now you can call them extremists. (They don’t have a publicly available Constitution for the new state, but they do have an official state rifle: The AR-15.)

There were protesters at the event but it didn’t stop Shea from spreading his insane Christian propaganda:

Shea delivered the last speech of the night, covering many of his usual talking points. He denied the existence of global warming, instead blaming seasonal wildfires on changes in forest management practices. He spoke of the cultural and political differences between Eastern and Western Washington. He claimed the United States is “a Christian nation” under siege by atheists and Communists.

“The Communists and atheists — those that are responsible for the deaths of more people than any other belief system in the history of the world — unfurled their flag on the Capitol steps this last spring,” he said.

How can you create a new state when you can’t even Google basic facts?

It’s unclear how much money they made selling pies, or how a few bucks will make it easier to create a new state, but I, for one, am fully in favor of having one state that all the conservative Christians move to. Give them one representative, two senators, and leave all the rest to the sensible people who respect human rights, fight for civil liberties, care about facts, and don’t fetishize weapons.

Can I pitch in a few bucks?

May 25, 2019
Ark Encounter Really Hates That People Are Saying They Suffered "Flood" Damage
Next Post 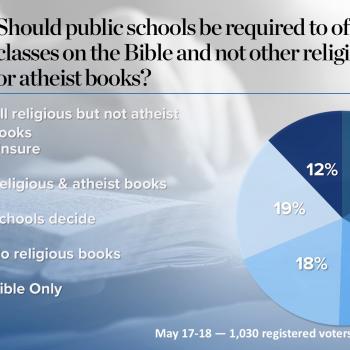